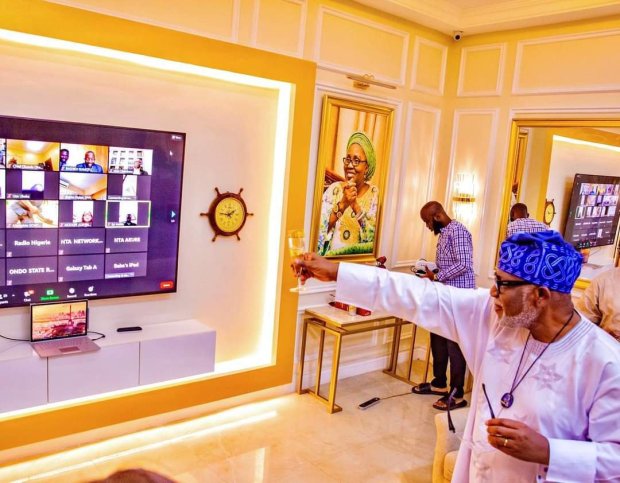 Ruling of the Ondo State Election Tribunal Panel has emphatically underscored the essence of overwhelming mandate freely given to you by the people of Ondo State on Saturday October 10, 2020.

The recent ruling in your favour by Election Tribunal is a confirmation of your choice as the perfect will of God for us in Ondo State. Your upheld victory by the Election Tribunal has also reinforced the confidence of the electorates in Nigerian judiciary.

It should be emphasized that the demonstrable qualities of Arakunrin Akeredolu as a model of competence, transparency, accountability, exemplary leadership and integrity undoubtedly accounted for his overwhelming victory in the October 2020 gubernatorial election.

Since the Ondo State Election Tribunal Panel has unanimously upheld the victory of Governor Akeredolu, I therefore enjoin political actors across political divides in our state to join hands with the God ordained Governor so as to deliver a prosperous Sunshine State of our collective dreams.