As the support group, RTV, Re-sound Tinubu Vanguard, a non-political movement, convened by Ras Innovator -musician and Asiwaju’s godson-, saddled with the responsibility of showcasing Tinubu’s unparalleled achievements to the world, prior to 2023 Presidential election in Nigeria, the National Coordinator for the group, Bolanle Awoyemi, a vibrant woman, has vowed to do all within her reach to see that, the group succeed in their unflinching efforts towards Tinubu’s landmark victory in 2023..

“Queen, as fondly called, reiterated that, only win and win alone befits Jagaban in 2023”.

She further stressed that, Asiwaju, an icon par excellence, a leader of leaders, builder of great men, bridge builder, an economic colossus that transformed Lagos State as Africa’s 5th economy, world-famous, a searcher of peace and unity for a nation etc. must be celebrated and showcased worldwide.

While addressing the group in her capacity, Queen said, she will not rest on her oars until Asiwaju Bola Ahmed Tinubu BAT is finally sworn into office as President of the Federal Republic of Nigeria come May 29, 2023.

She said, I am doing the bidding of my able convener. I am so determined and resolute for Tinubu 2023, as we are on a musical tour of 36 states in the 6 Geo-political Zones, she opined.
Part of the expectations while LOVE BAT TOURS last include, free distribution of CDs of the special song recorded for Asiwaju by the team titled, TINUBU, THE BEST CHOICE, along side stickers and handbills containing BAT’s applaudable achievements.
Musicians, like Ras Innovator and The Fittest -world peace ambassadors-, Mr. Lupee -kio kio mama-, Steve Brown -Jamaican- etc. will be on the tours, so unprecedented ! 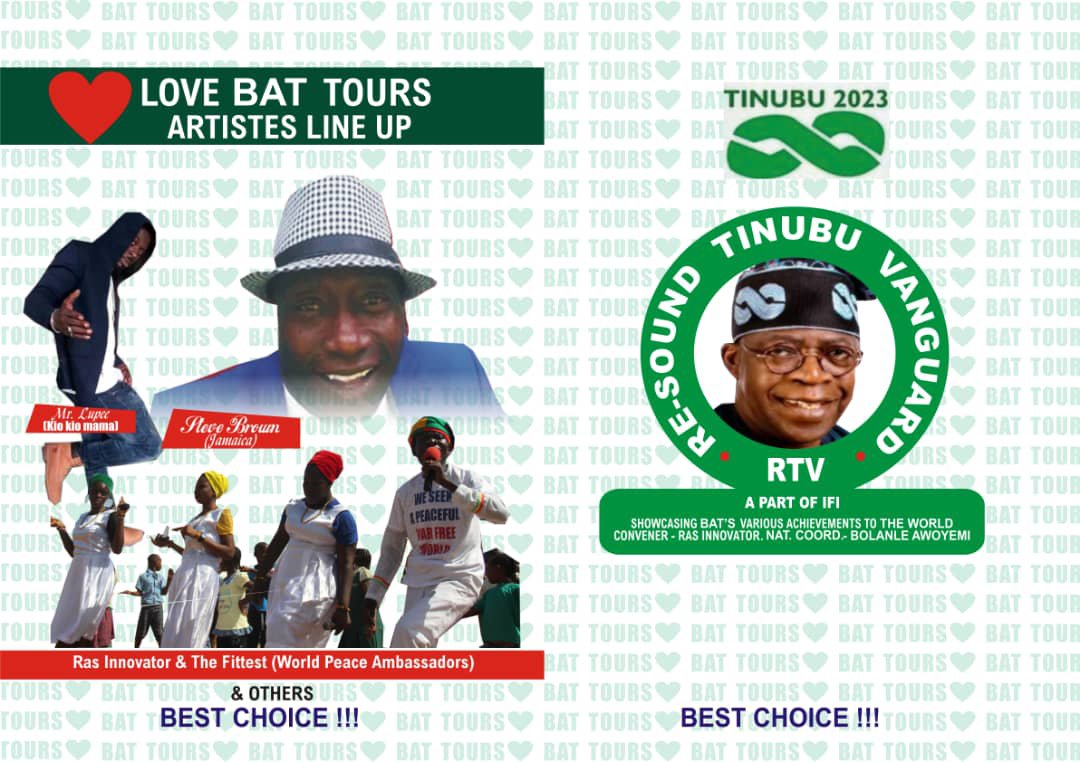 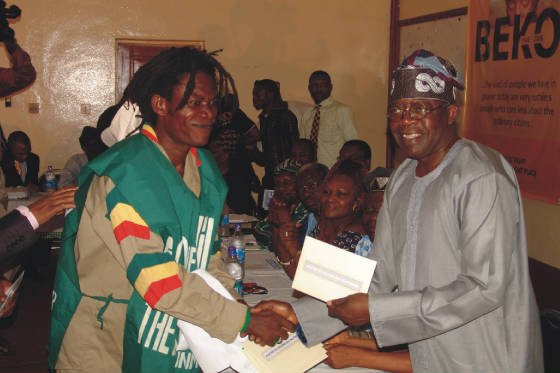