REVEALED!!! Before You Judge – Here Is What Really Happened Between Burna Boy And Obagoal (This Can Happen To You)

Recently, there was a wild reaction from Nigerians following the alleged rift between Obagoal and Odogwu.

But Who Is Richer Between Obagoal And Burna Boy

Firstly, I’ll like to tell everyone to erase the impression of “Who is Obagoal” that they have at the back of their minds. Nigga is basically not anybody’s mate.

In terms of riches, Influence, and having an exceptional personality, Obagoal is a legend and should not be compared to Burna Boy. But when you talk of fame, Burna might have a stance.

At a point, Obafemi Martins was allegedly the highest-paid footballer in the world when he went to the Chinese league.

Then, he was offered an open cheque but due to the FIFA rule of signing players, he wouldn’t make the ranks for it.

You can’t compare Burna Boy who might obviously fake his lifestyle some of these times to someone who has been getting millions weekly for the past 15 years. 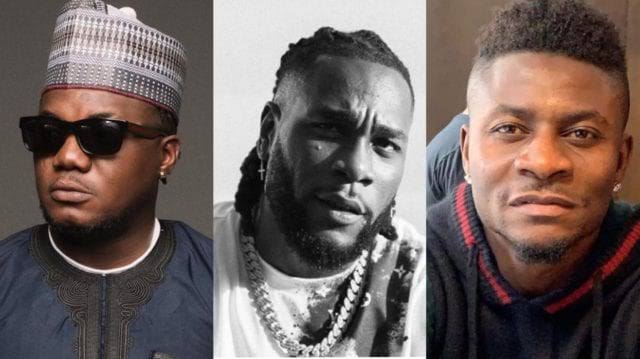 What Really Happened Between Them?

After rumor mongers have successfully fed different rumor lovers with false stories, the truth about what really happened between them was eventually revealed by a close source to Burna Boy’s camp (Name withheld).

According to the source, there was a business transaction between Burna Boy and a business associate (Name Withheld) and the business allegedly yielded a lot of money.

For some unknown reasons the associate was still withholding some of Burna Boy’s money rounding up to 140 Million Naira and all his efforts to get the money back proved abortive.

The alleged business associate was then spotted to be at a popular club in Lagos, and Burna who felt he was right to challenge the associate anywhere walked up to him to ask for his money.

Obagoal on the other hand who felt he was a bit older than them both stepped up to preach peace and see if he could help them sort their rift amicably but Burna was too rude to Obagoal who on the other hand got hard and then things got out of hand.

See some screenshots below:- 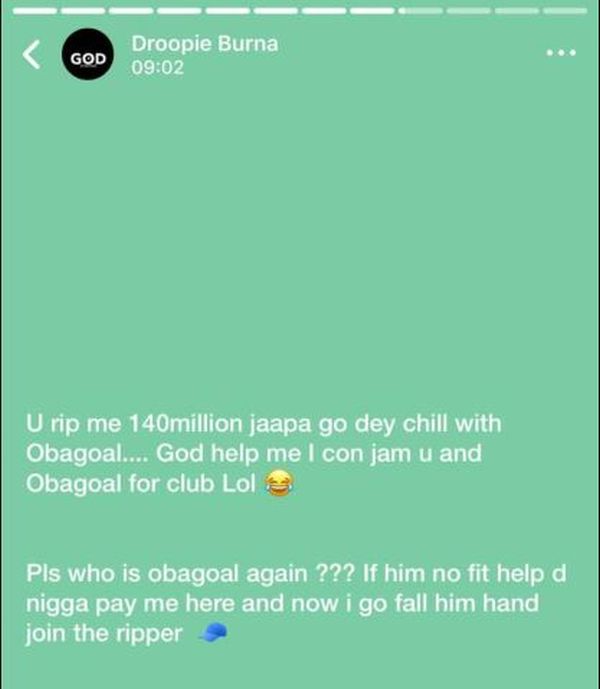 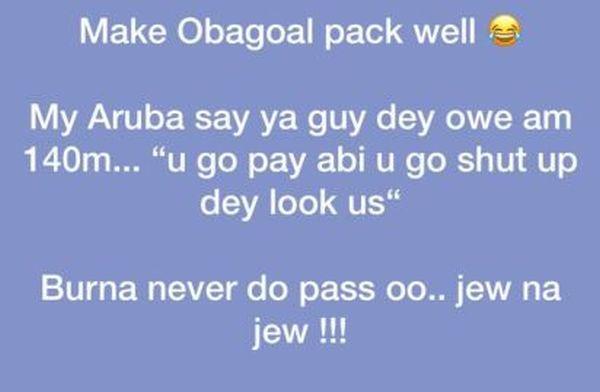 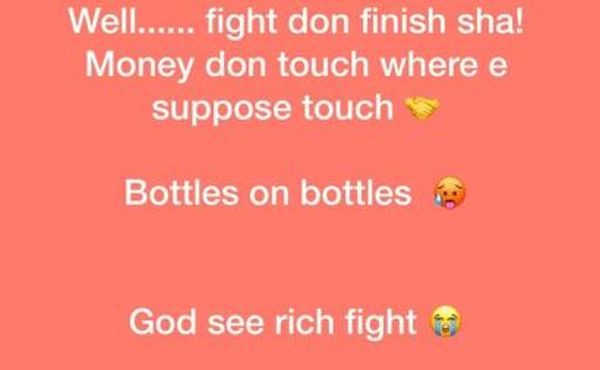 Anyone can be guilty of this as well. 140 Million is not a small money ooo. Even CDQ will do worst if he was the one being owed that amount