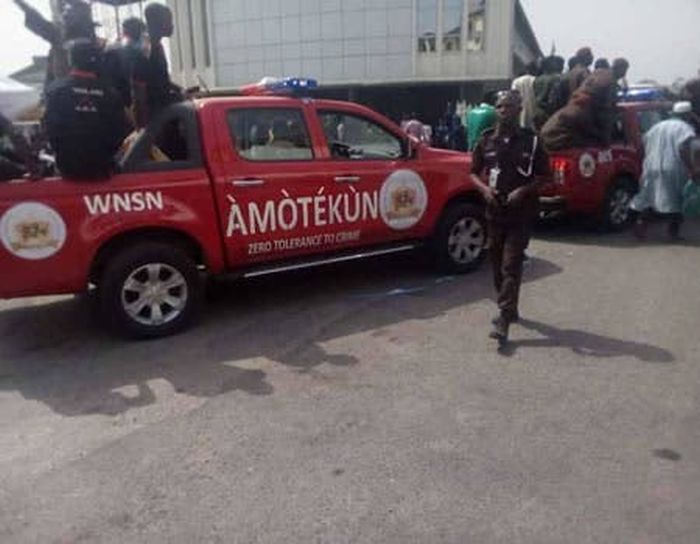 This is to announce to the general public that as the Ogun State Government begins recruitment of officers for its Amotekun corps, interested applicants are mandated to meet some requirements to be qualified for the job.

Basehitz reports that the requirements were seen in the state’s job portal.

The state government said that a BSc degree or its equivalent is required for those applying for the ranks of AMT Asst. Commander of Corps, AMT Asst. Supt. of Corps and AMT Supt of Corps.

In the same vein, those applying as AMT Field Corps (Operatives) must be Primary Leaving Certificate holders or local vigilantes, hunters and others with the ability to read and write.

It was gathered that NCE, ND or similar qualifications are required to be AMT Inspector of Corps.

Aside from academic qualifications, applicants for the rank of AMT Asst. Supt. of Corps should preferably be ex-servicemen with the minimum rank of full Lieutenant in the Army and/or its equivalent in other security agencies.

AMT Supt of Corps are required to be ex-servicemen with minimum rank of Captain in the Army and/or its equivalent in other Security Agencies.

Likewise, AMT Asst. Commander of Corps must be an Ex-Servicemen with the minimum rank of Chief Superintendent of Police and its equivalent in the Military and other Security services.

It was said that applicants must be between the ages of 18 and 50 (Except for hunters).

They must pass an Oral Board Interview and must have valid birth certificates or declaration of age.

An Ogun Amotekun corps officer must be physically fit and must not have any form of physical deformity.

As a result, there will be medical examination – HIV test, TB test, Blood test, X-ray and other necessary tests.

Also required are letters of recommendation from two guarantors, one traditional ruler or a notable person from the applicant’s community as well as an attestation by the applicant’s Local Government (Acting) Chairman or Secretary.

Basehitz reports that the application closes on Friday, February 19.