Yawa Don Gas! “I Told You Not To Come Inside Me” – Whatsapp Chat Between Mc Lively And The Alleged 21-year-old Girl He Impregnated Leaks

Michael Sani Amanesi, known by his stage name MC Lively has allegedly joined the growing list of celebrities who have been involved in sexual scandals.

Following trending screenshots and reports about the conversation between him and his girlfriend, the comedian impregnated the 21-year-old and made her abort the baby.

It was also revealed that MC Lively insisted on breaking up with her after she aborted the baby.

“Mc lively don give 21years old girl belle, him carry the girl go comot belle with the help of another guy after she comot belle, Oga talk say him break up, I should tule??shey kin tule??una want the details?? i come in peace o, Igi ewedu oni wopawa o,” blogger gistlover is quoted saying.

Read below the Whatsapp conversations between comedian MC Lively and his 21-year-old ex-girlfriend; 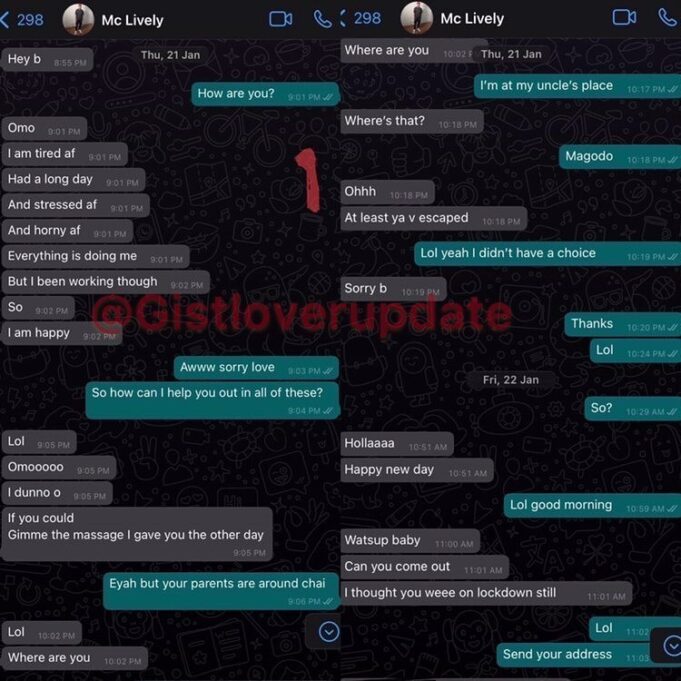 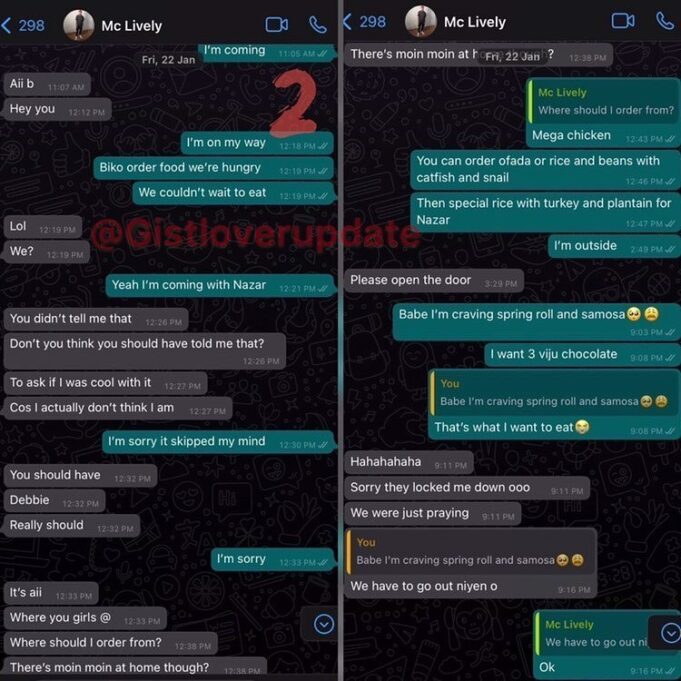 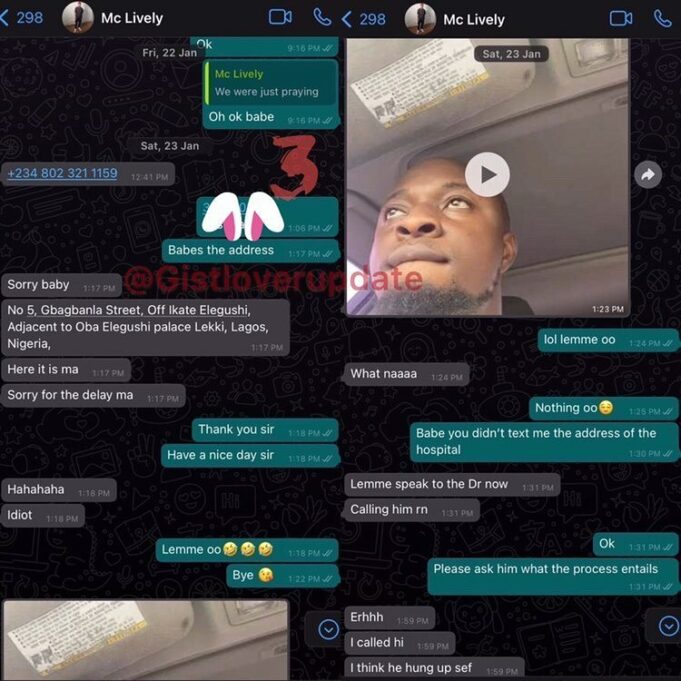 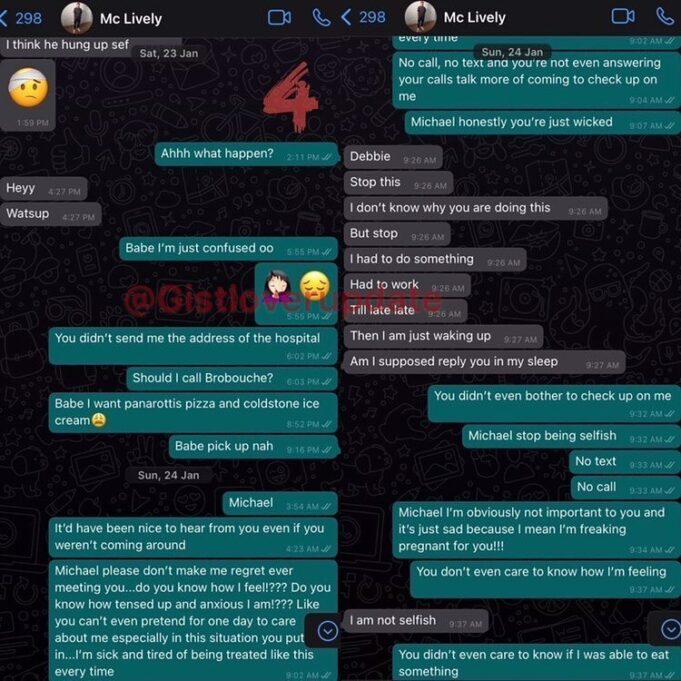 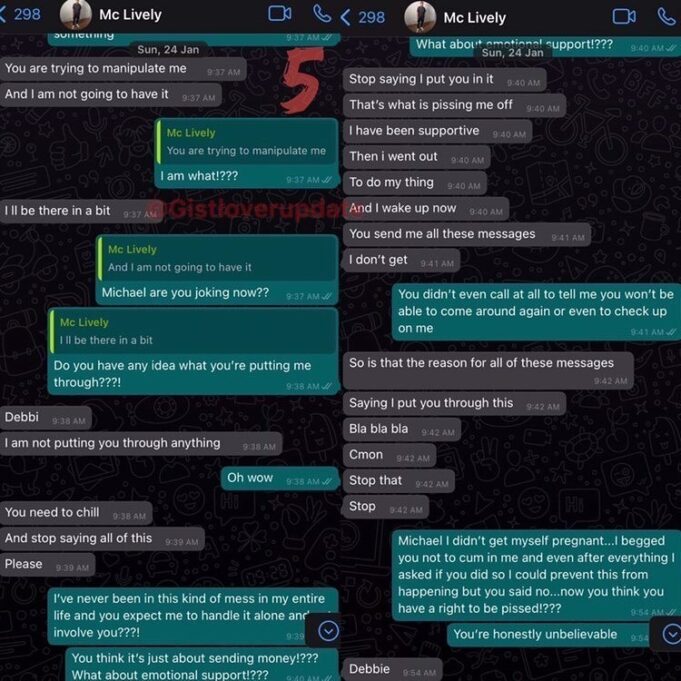 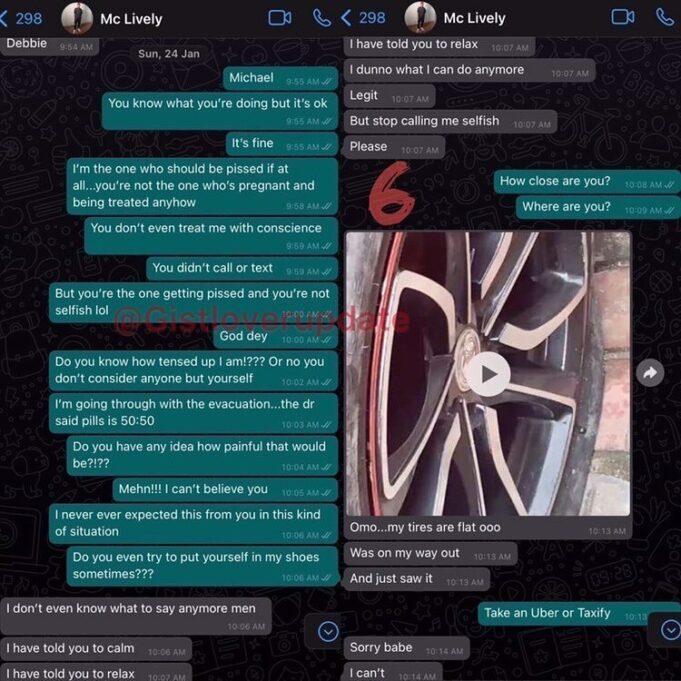 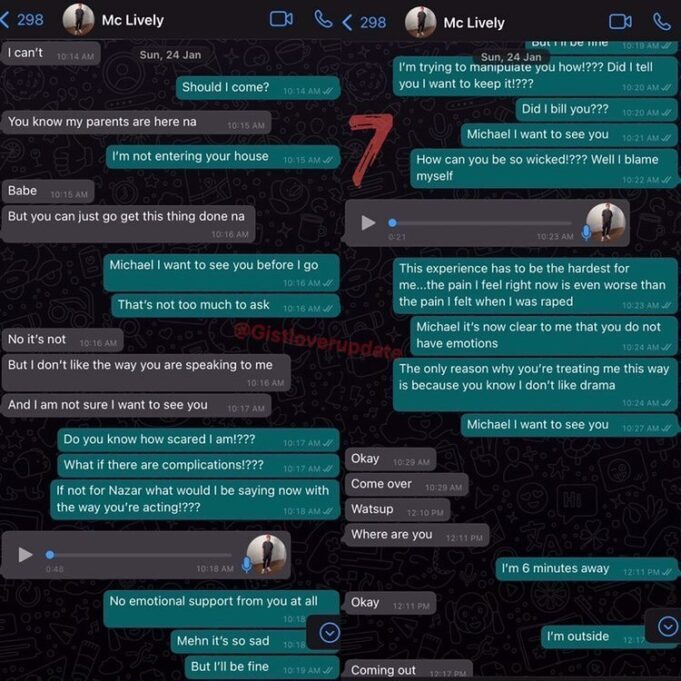 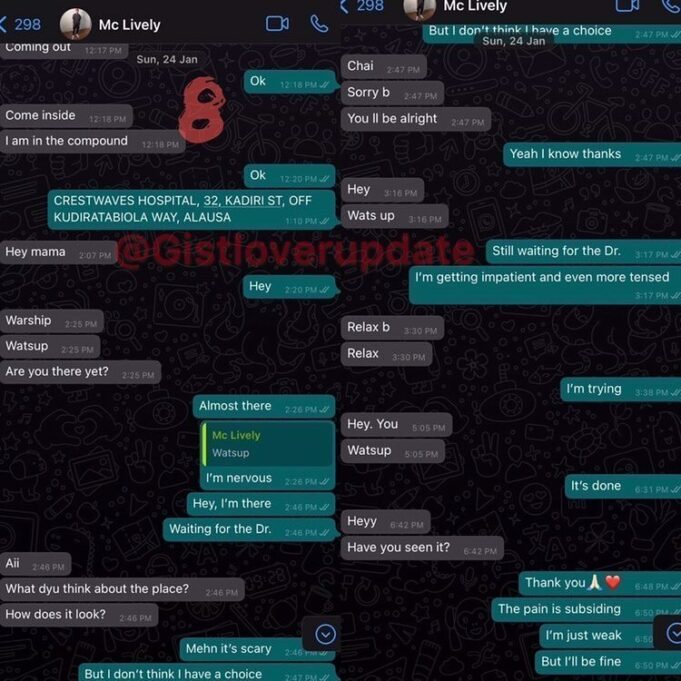 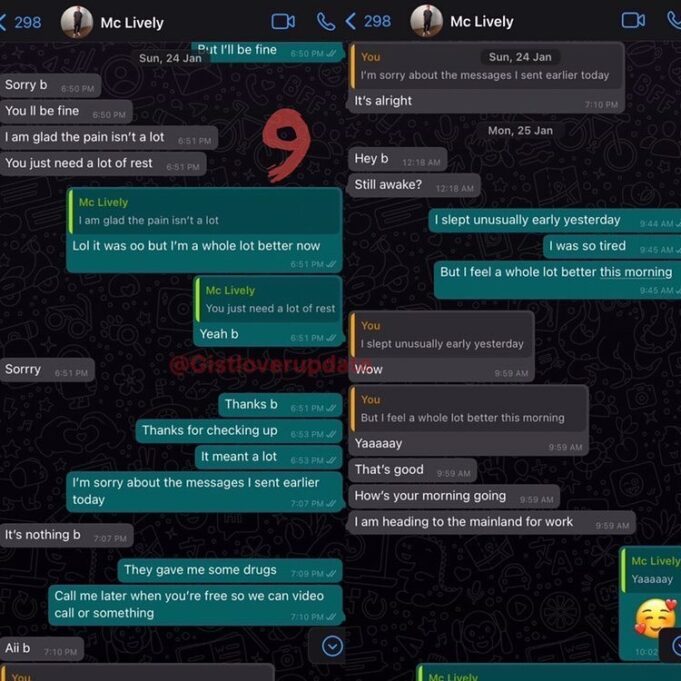 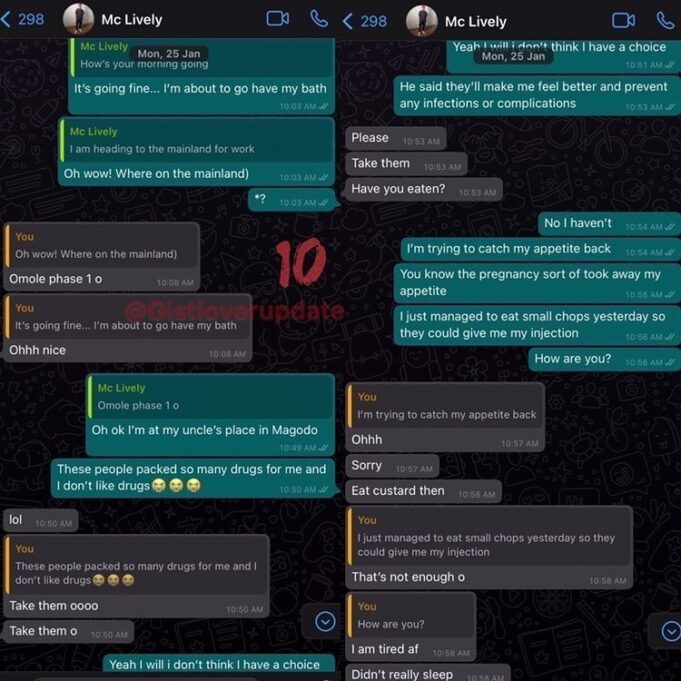