Droppings Bars To Behind Bars!! How Lil Frosh Current Prison Lock Up Could Have Been Avoided 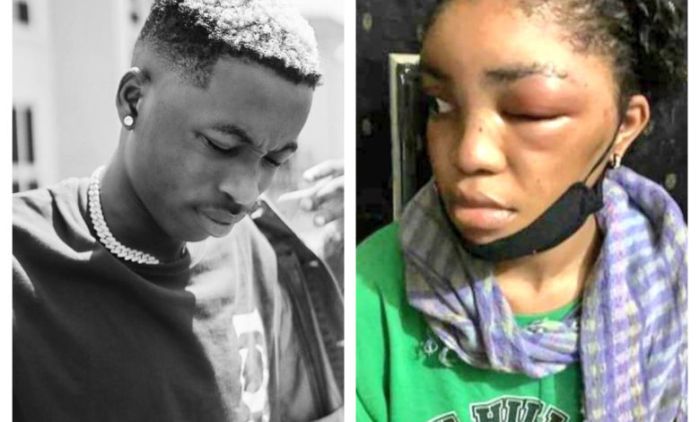 Whether Guilty or Not, try as much as possible to avoid anything that will get you close to Nigerian Court or prison.

It is quite unfortunate that when it’s beginning to look like Lil Frosh already got passed his assault scandal to dropping good songs, his past came back to hunt him again.

Ex-DMW star, Lil Frosh has been remanded in prison till March 2021 after pleading NOT Guilty to the one-count charge of assault leveled against him.

Late last year, Lil Frosh was accused of beating his girlfriend to a point that she had swollen head and eyes. The case which seemed to have ended with online reactions has actually reached the court of law.

However, the case getting to court in the first place is a total failure on the part of Lil Frosh and everyone around him.

Not all issues must get to court, some issues can be settled amicably out of court at least for the sake of the young boy’s growing music career.

Don’t get it twisted, I am not saying Lil Frosh truly assaulted the girl in question but his method of handling the whole issue is not cool at all.

Lil Frosh handled the case with arrogance forgetting that women are capable of making you and also sending you on a journey you never wanted for yourself.

Whether Guilty or Not, there is nothing wrong in seeking a settlement, his career was at stake apologizing either publicly or privately could have saved him the present prison stress.

Part of parenting is giving your child needed support when in crisis.

Even if Lil Frosh is Guilty or NOT, I expected that his parent should have interfered by going all the way to meet the parent of the Lady in question to express their feelings about the whole situation, apologize deeply, and take responsibility for the lady’s medical bills.

The truth is, Lil Frosh and the lady did not deny ever dating and as young lovers, some unpleasant things must have happened between them, with this scandal all over the place, Lil Frosh‘s parent should have taken it up and look for a way to settle with the girl’s family.

If Lil Frosh‘s parent had played their role well as a parent in the midst of this issue, he would probably not be in prison by now.

His Team F*cked Up Too

Lil Frosh‘s team were not creative enough while handling the issue, they failed to realize that the case of assault against a woman is not the one you can win in the court of public opinion.

They were releasing some arrogant press statements and all sorts in the middle of that scandal which did not really help.

His team tackled the issue stating that Lil Frosh didn’t beat the lady and that her face got swollen up due to an allergic reaction with some google photos to serve as proof.

Even if the issue was truly a case of an allergic reaction, trying to win this case in the court of public opinion is a wrong move.

They can actually resolve the matter as a team and even get Lil Frosh to do a song about “violence on women” and even get the girl to feature.

In the end, it will look like a publicity stunt that will even help both Lil Frosh‘s music career and the girl’s modeling career.

These are things some big artistes with a really good creative team do in this music industry.

It’s actually painful that a young promising rapper who is very good at dropping bars is behind bars now.

He is still young and may not be able to make the right decision in matters like this but what about his parent and other people around him?