The owner of a popular ‘buka’ (local street restaurant) has confessed to using water from her private part, water from bathing dead bodies and her menstruation blood to cook so as to attract customers

According to eyewitnesses, the lady named Happiness a native of Akwa Ibom state, suddenly ran mad while at her buka located at Aleto in Eleme Local Government area of Port-Harcourt, Rivers state. 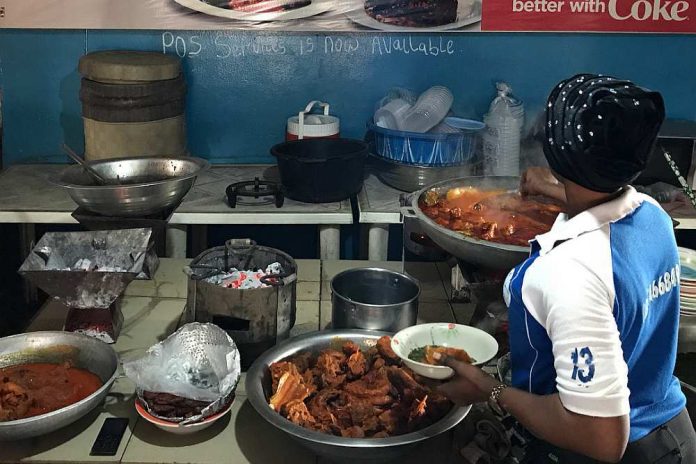 She was said to have suddenly started acting crazy, tore her clothes, and started confessing how she applied diabolical means for the growth of her business.

In her confession, she said she mixes water used to bathe corpses with her food, as well as water from her private part and menstruation blood.

Furtherly, She said she did all these to attract customers whose “destinies” she used for the growth of her business and riches.

After her confession, she tore off her clothes and went around town naked, confessing her evil, appearing to have lost her sanity.

However, the news of her confession spread around the area, and some of her customers who are mostly the commercial ‘Okada’ riders and angry onlookers pounced on her till the Police arrived in time and took her away.