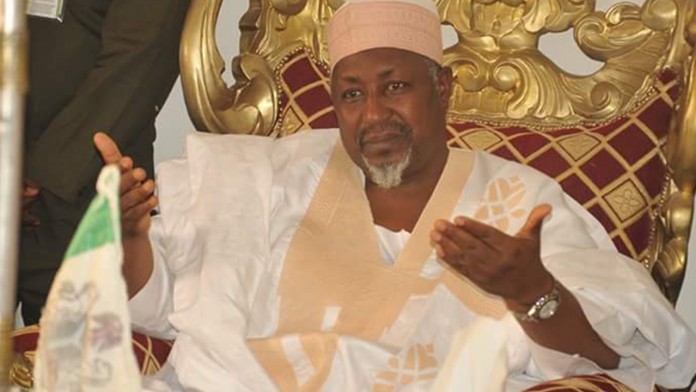 The Jigawa State Governor, Alhaji Muhammad Badaru Abubakar has said that the ruling All Progressives Congress, APC, has become the party to beat in the country.

He said with the progressive ideologies brought about over the last six years of the governance of the APC both at the Federal Government and at the States, Nigerians were highly convinced that the party is the Messiah they have been wiating for.

Governor Badaru, who revalidated his APC membership card as directed by the party’s national headquarters in Abuja, hinted further that,

“today our party is a party to beat in the context of Nigerian Political Parties’ hierarchy.”

Abubakar validated his membership registration at Kofar Arewa 002 polling unit of his home town, Babura, which signified the commencement of the registration and validation exercise all over the State.

The registration and validation exercise, which commenced this monday will last for two weeks, and the party is hoping to register 8 Million people across the State.

It could be recalled that last week, during the APC stakeholders’ meeting, the Governor had called on party members and any one interested to come out en mass and register.

He was accompanied by the Chairman of the membership and revalidation Committee in the State, Alhaji Ibrahim Umar Dawakiji, APC party officials, Secretary to the State government, Alhaji Adamu Abdulkadir Fanini and top government officials.