See The Face Of A Lecturer That Also Does Yahoo-Yahoo, Arrested By EFCC 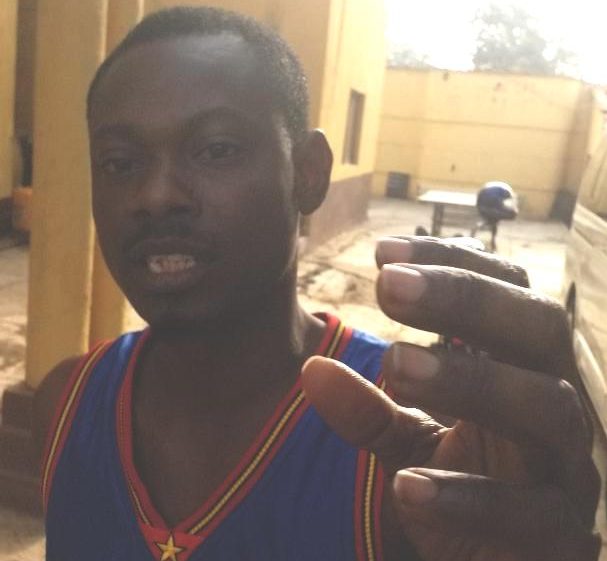 A lecturer who goes by the name “Opashola Abdullahi” engaging in internet fraud has been arraigned by men of the Economic and Financial Crimes Commission.

Opashola was among the 32 internet fraud suspects arrested in Offa on September 14 last year with an offence contravening Section 95 of the Penal Code and punishable under Section 3-4 of the same Law.

The embattled lecturer pleaded guilty when the charge was read to him and following his plea, counsel to EFCC, Andrew Akoja, led Paul Kera, an operative of EFCC in evidence to review the facts of the case.

Kera, in his evidence, narrated how investigation on a petition received by the Commission on the activities of internet fraudsters operating in Offa area of the State led to the arrest of the defendant.

Thereafter, Akoja urged the court to convict the defendant based on his plea and evidence placed before it while he is to remain in the custody EFCC pending a judgment.