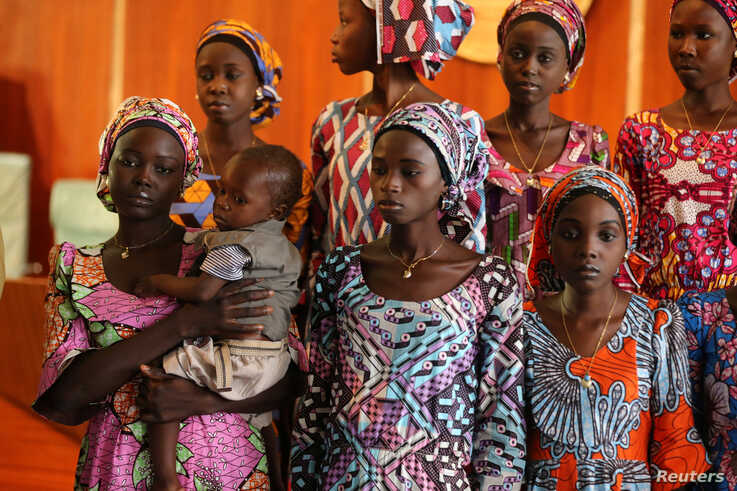 The Nigerian Army has rescued some of the still missing Chibok schoolgirls abducted by Boko Haram in April 2014.

No official announcement has been made about how many of the girls had been rescued.

It appears the army is keeping things under wraps until the girls, now women, have been identified.

But Mr. Ali Maiyanga, a parent of two of the 276 kidnapped Chibok schoolgirls, has confirmed that his second daughter was among the girls rescued from Boko Haram.

The first escaped in November 2016, two years after the girls were abducted from their school.

She returned with a baby born in captivity. But now, she has returned to school to finish her education.

Mr Ali Maiyanga’s two daughters were part of the few Muslim schoolgirls taken with the majority Christian Chibok girls, said
US Nigeria Law Group, which has been tracking the abduction.

Maiyanga said he had spoken with his daughter, who informed him that she along with others were rescued by the army.

According to Emmanuel Ogebe of the U.S. Law Group, there are other escapees with the army, waiting to be identified by their parents.

After the kidnap of the 276 girls, some of the girls escaped, while 100 were released via negotiation with government.

Up till now, 112 of the girls are still with Boko Haram.

However, there are fears that some of them may have died as a result of the bombardments of Boko Haram enclaves by Nigeria’s military.

And many, as the terrorists’ leader Abubakar Shekau once said, had been married off.