Nollywood actor and president of Theater Arts and Motion Picture Producers Association of Nigeria (TAMPAN), Mr Latin on Tuesday shared a throwback picture of himself taken in the year 2004.

He said the picture was taken in London. 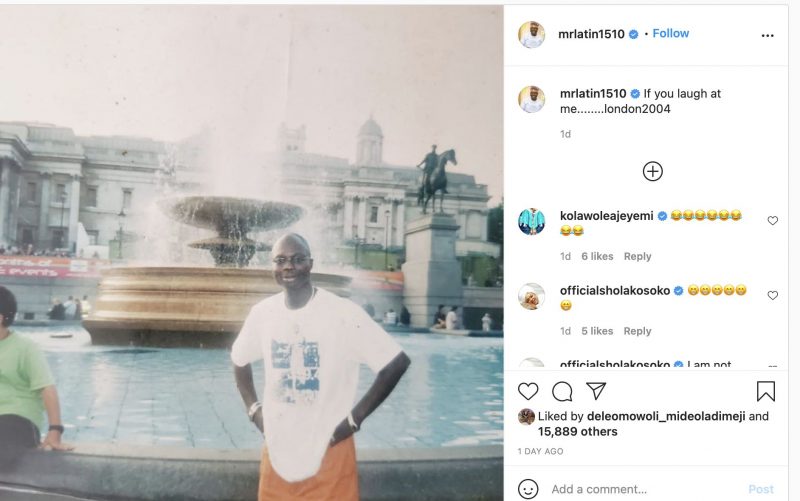 Despite his warning against laughing at him, Mistura Asunramu, Adeniyi Johnson, Funke Etti among others failed to oblige.

The actor also shared a throwback picture of himself and Odunlade Adekola at Vienna adire carnival on January 22.

They both wore matching attires.