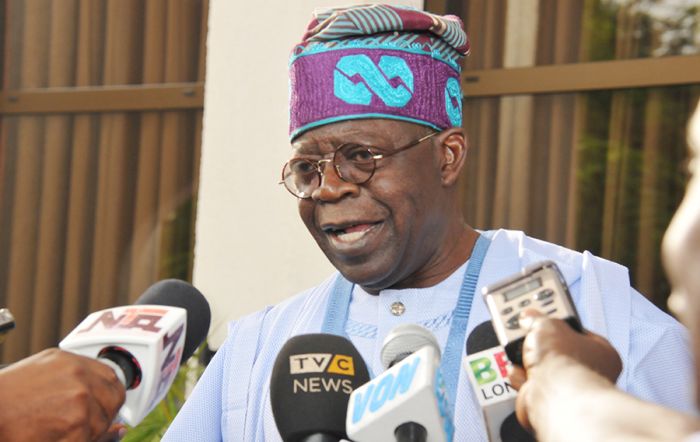 A ‘South-West Agenda’ Presidential Campaign Movement has been set up for the National Leader of the All Progressives Congress, Bola Tinubu.

The movement, codenamed ‘SWAGA 2023’, was inaugurated on Tuesday, at the Mauve 21 Event Centre, in Ibadan, the Oyo State capital, by key loyalists of the former Lagos State Governor.

Tinubu has yet to make his intention public despite moves indicating his interest in the 2023 presidential race. But the event of Tuesday, put together by top South-West APC chieftains, may be a pointer to the seriousness of Tinubu’s ambition.

“Such events do not happen without the buy-in of the subject,” Ademola Adeosun, a political analyst told The Point.

Making public the reason behind the gathering, the Planning Committee Chairman said,

“For the discerning mind, 2023 election is already on the front burner of national discourse. The discussion right now, everywhere in the country, is about what should and should not happen in 2023.

“That being the case, it is imperative that we should be part of these national discussions and activities. We are asking him (Tinubu) to come out and we are asking the entire people of the South-West to rally round him to make him the next President of Nigeria.

“Every geo-political zone in the South has the right to produce a candidate; the one that works harder will emerge. Don’t forget, all the citizens of Nigeria will vote to choose the next President.”

There were delegates from all the South West states. Those from Lagos said the development attained in the state today could not be separated from Tinubu. Ogun State delegates also had good things to say about the APC National Leader, among others. They in fact said he gave the state a model of governance and development.

Earlier on Monday, Senator Adeyeye had led the campaign committee to visit the Olubadan of Ibadan, Oba Saliu Adetunji; and the Alaafin of Oyo, Oba Lamidi Adeyemi.