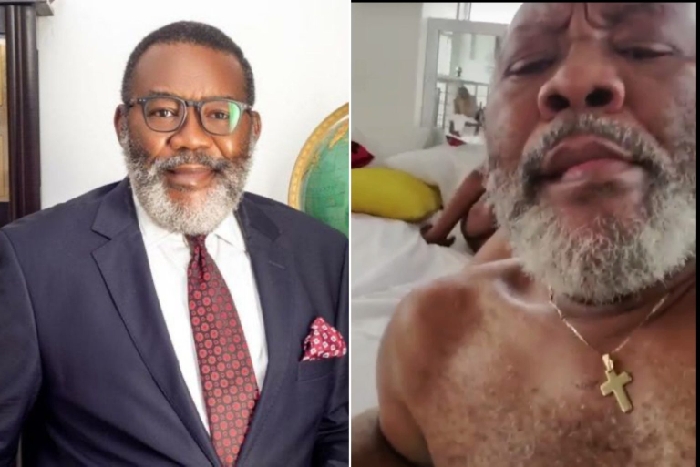 The Commissioner for the Imo state office of the Public Complaint Commission, Chief Willy Amadi have landed himself in sex tape mess following the fast circulating video of his alleged sexual indiscretion.
He was proudly videoing himself after random sex with two Nekede polytechnic students.The two girls making out on a bed, kissing and squeezing each other’s br*ast while he(Chief Willy Amadi) videoed the raunchy scene.

As at the time of processing this report, Chief Willy Amadi could not be reached, as his phone lines are all turned off.

Who Leaked The Video?

After videoing, he transferred the video clips to the girls to feed their eyes with and friend to one of the girls involved, leaked it for unknown reason some days later.