Reno Omokri has reacted to the recent demolition of a restaurant by the Kaduna state government over plans of some Nigerians to hold a sex party in it.

The state police command last week arrested the organizers of the sex party while the state government demolished the building housing the restaurant. 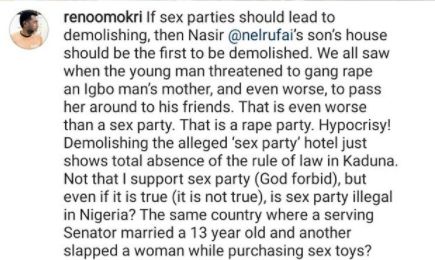