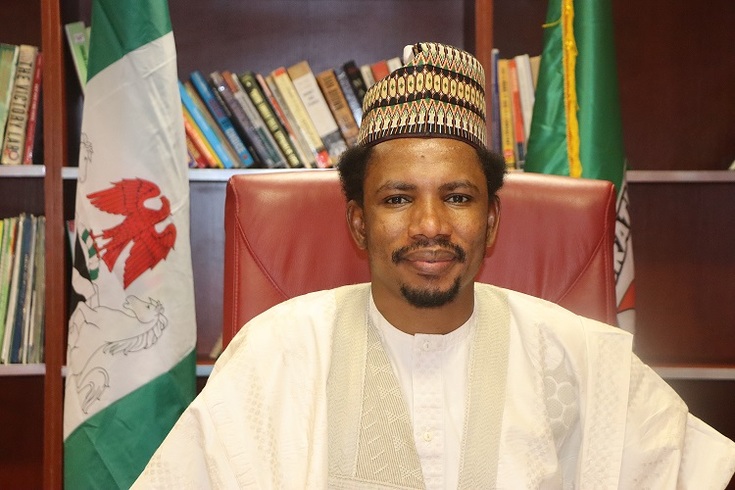 The lawmaker says he will take a shot at the governor’s seat after serving only one term in the National Assembly.

The first term lawmaker has been a vocal critic of the administration of incumbent Adamawa governor, Ahmadu Fintiri, a feud he said forced him out of the Peoples Democratic Party (PDP) to join the All Progressives Congress (APC) last month.

Abbo revealed during a trip to Ganye local government area of Adamawa on Tuesday, December 29, 2020 that he will challenge Fintiri who will be seeking re-election in 2023.

He also noted that he dumped the PDP for the APC because the party was dead.

Abbo has had a controversial stay in the National Assembly after he was embroiled in two incidents of assault.

The emergence of a video that captured the lawmaker assaulting Osimibibra Warmate in May 2019 led to widespread outrage.

twitter.com
He was subsequently charged with two counts of criminal use of force and criminal assault when he was arraigned before a Chief Magistrates’ Court in Abuja on July 8, 2019.

The magistrate, Abdullahi Ilelah, ruled in July 2020 that the evidence and exhibits tendered to the court did not prove the criminal charges against the lawmaker.

However, a fundamental rights suit filed by Warmate before the FCT High Court found Abbo liable for the assault according to a ruling delivered on September 28, 2020.

Justice Samira Bature ordered the lawmaker to pay a fine of N50 million and tender a public apology to his victim.

Abbo has appealed the judgement, noting that his victim used inappropriate means of seeking redress.

The lawmaker also considered the N50 million award in favour of Warmate as excessive.