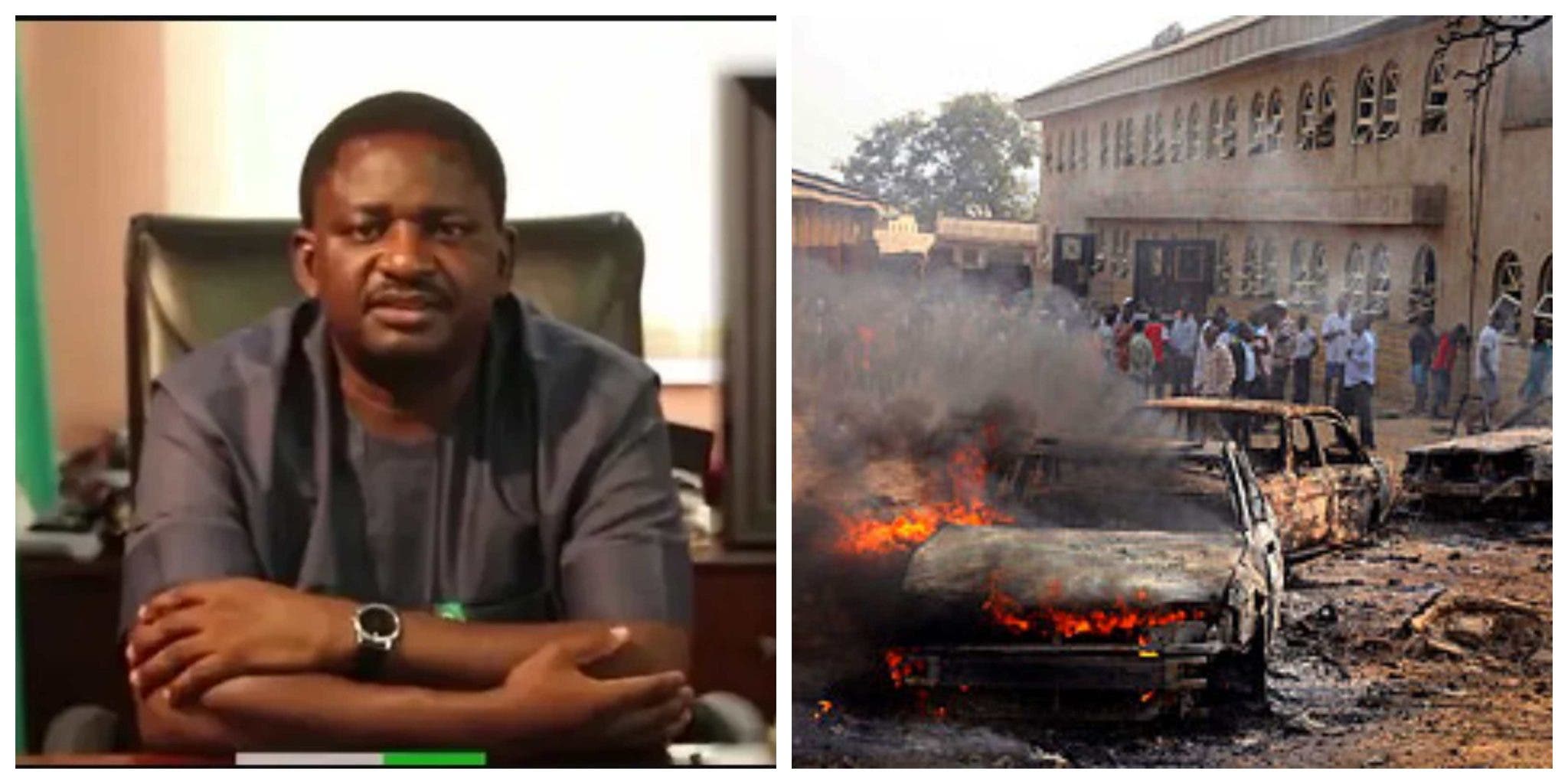 Femi Adesina, the Special Adviser to President Buhari has said that Nigerians should be thankful that bombings in the country does not happen on a daily.
The senior media aide to the president said this in reaction to the concerns by Nigerians about the upsurge of insecurity in the country during an interview on Channels Television’s ‘Sunday Politics’.

According to Femi, the country had recorded six bombs in one day but since President Buhari took office, the bombings and killings have decreased.

“Yes, there are times, a week, two weeks even a month that you don’t have all these things happening.

There was a time in the immediate past when they happened daily several times.

You talked of one bombing within three or four days. There was a time in this country when bombs went off like firecrackers every day.

“There could be five, six bombings in one day. Now, you can have two, three months with no single case of bombing.

“Life is taking the rough and smooth together.

So, sometimes we see when things go on for days, for weeks with no negative developments, let us emphasise those ones… We have challenges but these are not the constants in the country.”