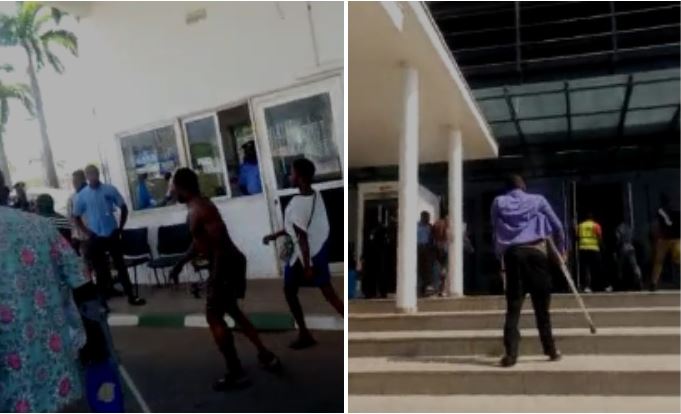 According to The PUNCH, many physically challenged persons have staged a protest in Abuja.

The physically challenged persons who are from the Niger Delta region are reportedly on rampage at the National Assembly.

They forced themselves inside the National Assembly Complex despite resistance by security operatives at the NASS gate.

Security aides of the Senate President, Ahmad Lawan, hurriedly moved away his official vehicles parked at the entrance of the Senate new wing.

The spokesperson for the physically challenged persons, Amos Etim, said they arrived at the National Assembly from the various states of Niger Delta to demand their rights from their representatives.

They claimed that they were being denied their rights despite being educated.

One of them fainted and they are trying to revive him as of the time of filing this report.