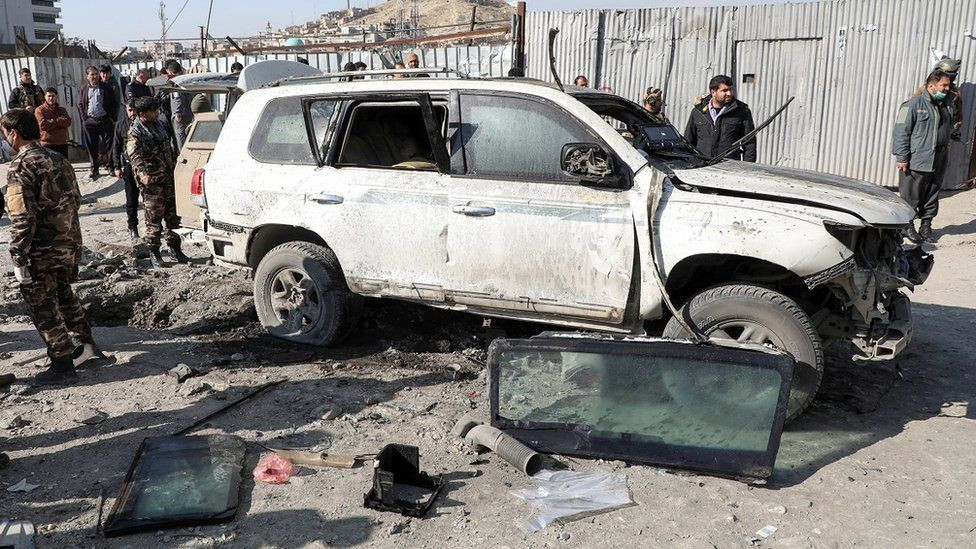 Deputy governor of the Afghan capital, Kabul, has been killed in a “sticky bomb” attack.

Mahboobullah Mohebi and his secretary both died on Tuesday when a device attached to their car exploded.

Though no group has claimed the attack, it was also learnt that two bodyguards were wounded.

AFP reported that hours later in the central province of Ghor, a similar bomb killed Abdul Rahman Akshan, the deputy chief of the provincial council.

Journalists, activists and other political figures have been targeted in recent weeks. The capital has also been hit by rockets twice this month, and recently saw attacks on educational centres, including a massacre of students at a university. The Islamic State group said it had carried out the student killings and one of the rocket attacks.

Violence has raged across the country since the Taliban and Afghan government launched peace talks in Qatar in September. Peace talks have been paused until January, with government negotiators expected to return to Kabul from Qatar this week to meet senior officials.

Afghan President Ashraf Ghani and some other senior officials have called for talks to be moved to Afghanistan from Doha.