Nigeria has been ranked third most terrorised country in the world by the Global Terrorism Index (GTI) report, which stated that death attributed to Boko Haram in Nigeria increased by 25 percent from 2018 to 2019. 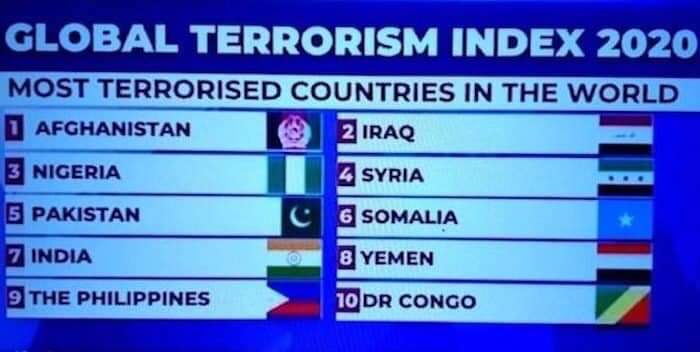 According to the report, “Nigeria had the second largest fall in total deaths, owing largely to a 72 percent reduction in fatalities attributed to Fulani extremists.

“Despite this decrease, the number of deaths attributed to Boko Haram increased by 25 percent from 2018 to 2019. Putting Nigeria in 3rd position of the most Terrorised Country In The World!

I wasn’t surprised. What do you expect when the so called President is the general grand patron for bandits, herdsmen, and Boko Haram? They even cheated Nigeria by giving her third position, we deserve first biko. SMH