Caption This Trending Photo Of Obaseki, Gambari With Omo-agege

Governors from the South South region on Tuesday, November 24 held a presidential meeting with the Chief of Staff to the President, Amb. Ibrahim Gambari, at the Rivers Government House, in Port Harcourt.

Others include: The Director General of Department of State Services, DSS, Yusuf Magaji Bichi and the Inspector General of Police, Mohammed Abubakar Adamu, among other dignitaries. Transportation minister, Rotimi Amaechi, was noticeably absent.

A photo from the meeting, which has since gone viral, however stood out and has got people talking. It captures moment Edo State Governor, Mr. Godwin Obaseki, was almost kneeling to greet the President’s Chief of Staff.

The election was not without any drama as the processes leading to the poll were characterized with both dramas and intrigues which eventually saw Obaseki leaving his former APC party for the PDP where he won re-election.

But despite leaving the APC, rumours were rife that the Presidency worked for Obaseki’s victory. The rumour was further heightened following the congratulatory message from the President to Obaseki even while his Party’s candidate was yet to concede defeat.

Despite public comment from the ruling party accepting the outcome, and asking its candidate Ize-Iyamu to do same, Obaseki and the APC candidate are currently in court, with other political parties seeking nullification of the poll and disqualification of Obaseki over alleged certificate forgery. 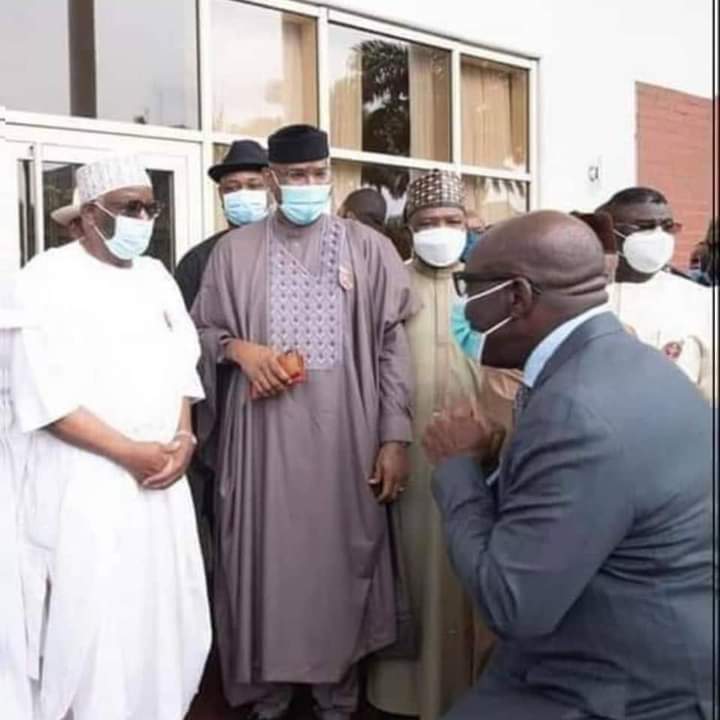