JUST IN!!! Governor Umahi Opens Up On Contesting Presidency (See What He Said) 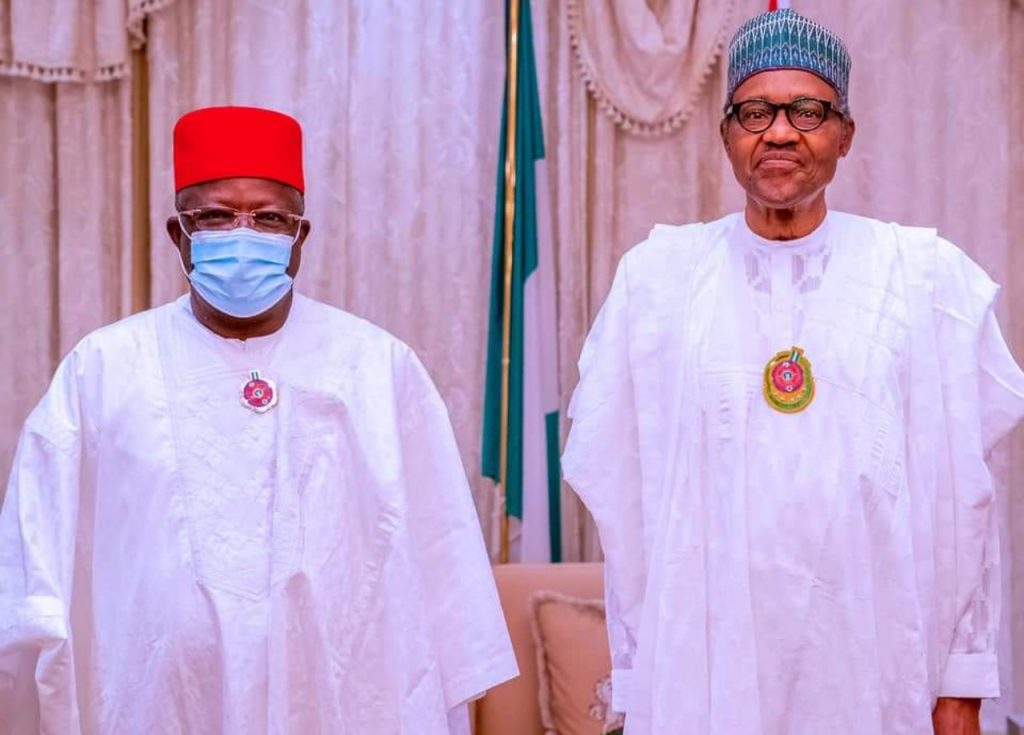 Ebonyi State Governor, David Umahi has opened up on the speculation that he may contest for the presidency in 2023.

The Governor said that he has no plan of continuing in politics after his eight years as Governor.

The Governor also said that the only way the Peoples Democratic Party (PDP) can shame him for leaving the party is by zoning the 2023 presidential ticket to the South East.

He called on his former party to put an end to the attack on his person, saying there was no basis for it.

Umahi spoke when the Senate Chief Whip, Dr. Orji Uzor Kalu, hosted him to a dinner in Abuja.

“I will advise them to stop the attack on me, on my person. They don’t really have anything on me. They don’t,”

“The founding father of PDP is Dr. Alex Ekueme, former vice president…I believe strongly that the PDP will do the needful by putting me to shame by ceding the presidential ticket to the South East.

“And this is just my aim. I never said give it to me. There are many, many Igbo leaders who are much, much better than me and more qualified. But as their younger one, we should watch their back.

“When people speculate that I am coming to do this and do that, I just laugh because I continue to say that 2023, by God’s special grace, I would have been a governor for eight years and that is enough for me and I would have to bow out to face my business.

“So, those who are already speculating are wasting their time. Every man has got his destiny and then, a charter of life,”