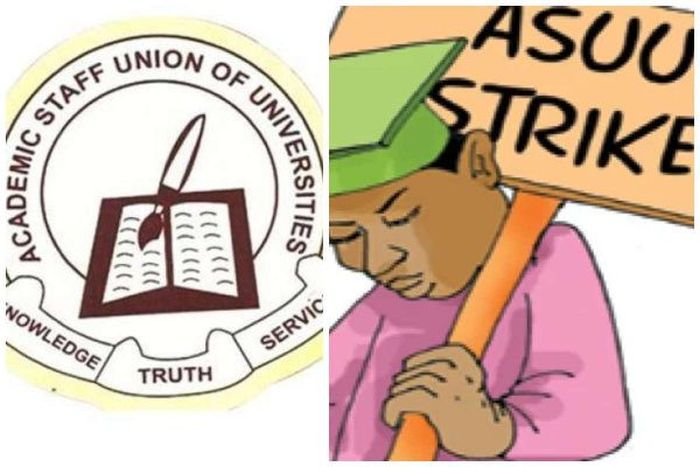 The Academic Staff Union of Universities ASUU has advised its members to start seeking alternative means of survival.

The union said the lecturers are all out to press on until all its agreement with the Federal Government is fully met.

“Our members have been advised to seek other legitimate means of survival as the Government has not released salaries withheld since February 2020,”

Prof. Theophilus Lagi, the Abuja zonal Coordinator of ASUU said in a press conference at the University of Abuja campus, on Tuesday.

The union said the Federal Government through the Minister of Labour and Employment, Dr. Chris Ngige, has shown disdain for Nigerian lecturers.

Recall that a lecturer with the University of Calabar had recently told Basehitz that many of his colleagues have now resorted to begging due to the lingering strike by ASUU.

He also claimed that some lecturers have started driving taxis to survive.

The lecturer with the Department of Curriculum and Teaching in UNICAL, who wished to be anonymous made this disclosure during an exclusive chat with Basehitz Media.

When asked how he and his colleagues survive the protracted strike, he said: “Some lecturers have gone into other jobs, some have resorted to driving bolt, Taxify, Uber and whatever.