A victim of the shooting by soldiers at Lekki toll gate last month has died.

According to Juwon Sanyaolu, the man identified as Ayoola died after battling for his life on hospital bed.

Sanyaolu said Ayoola was among the victims shot by soldiers at the Lekki toll gate.

He described the man as #endSARS activist who participated actively in the recent EndSARS protests that rocked the country. 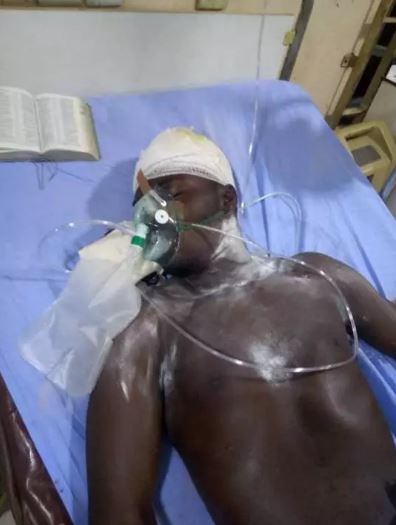 Ever since sustaining the injury, he had been hospitalized battling with his life but later died today over the weekend.

This is coming bearly less than 24 hours Army told their own side of the story at the Lagos State Judicial Panel of Enquiry.

The Army expressed their unhappiness that the Governor Sanwo-Olu denied inviting them. However, Army maintained that they didn’t shoot at the protesters but shot to the sky to scare them away!