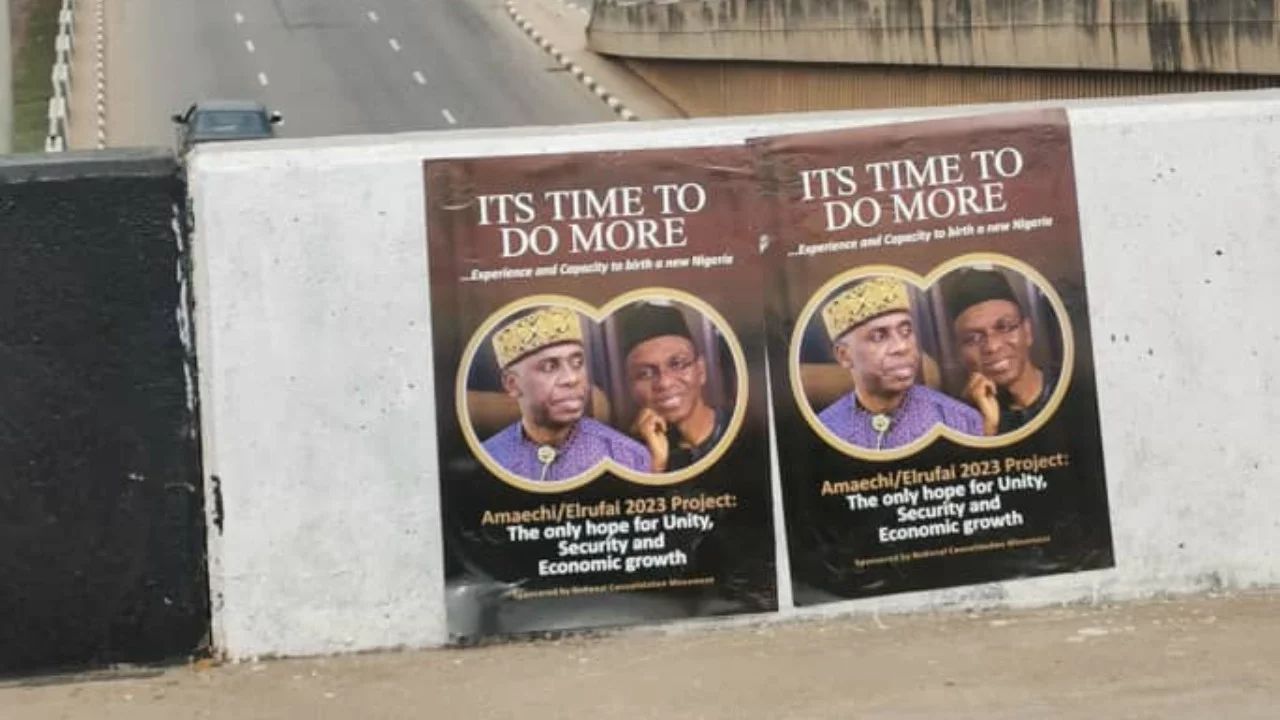 Governor of Kaduna State, Nasir El-Rufai, has disassociated himself from campaign posters advertising his vice presidential ambition for 2023.

Recall that posters of El-Rufai as running mate to Minister of Transportation, Chibuike Amaechi had emerged last week.

The messages on the posters read:

“The People’s choice,” “Today may not be the best, but tomorrow will be better”.

Reacting, El-Rufai told State House Correspondents after a meeting with Vice President Yemi Osinbajo on Friday at the Presidential Villa that he had no knowledge of the posters and neither did he know those behind it.

He also said Amaechi had since denied knowledge of those printing and pasting the pictures.

“I don’t know who is printing those posters, wasting his or her money printing posters. I heard about them.

I called Minister, Amaechi, and asked him whether he knew anything about them; he said he didn’t know.

“I think we need to trace who is doing it and ask that person. I am governor of Kaduna State; I have job to do.

I haven’t delivered on the promises I made to the people of Kaduna State. Until I do that I don’t want to discuss anything.”

Speaking on if he had been approached by people and asked to contest the 2023 election, the Governor said