An abusive husband has been accused of smashing his wife’s car after she dumped him in South Africa.

An eyewitness who alleged that she was riding with the man’s estranged wife, said he smashed her car and drove off. She further revealed that after they visited the police station, they found out that the police did not serve the man the restraining order they obtained.

My friend decided to leave her abusive husband. It’s been over 2 months of intimidation and stalking. She even has a restraining order against him. Today at 13:15 he stalked her and smashed into her car while I was with her and he drove off, basically a hit and run.

To add salt to injury we find out that the police station that she went to get a restraining order at did not actually serve him with the papers. We know how grossly incompetent SAPS is but this is taking a piss on gender based violence against women! 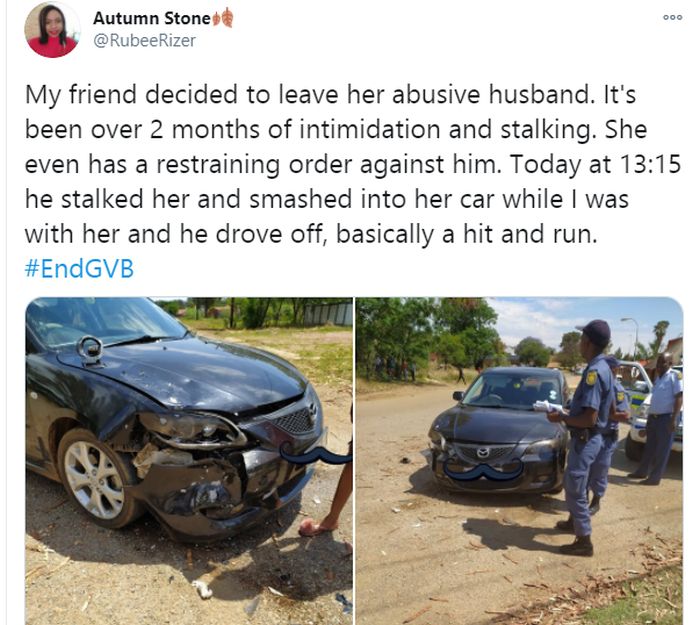