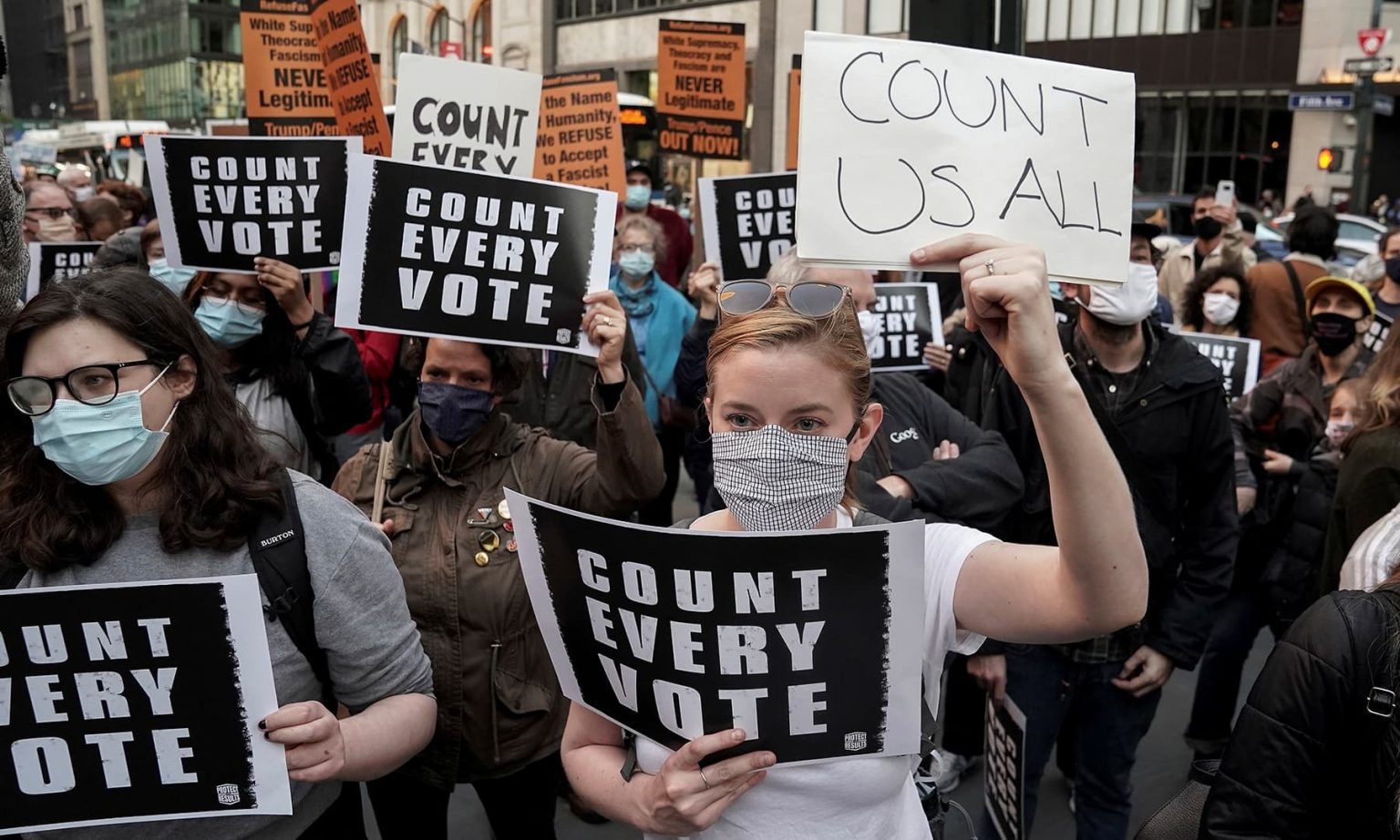 The US Presidential election has taken a new turn after protesters took over major cities in the United States.

The protesters marched in response to President Donald Trump’s ‘aggressive’ moves to challenge the outcome of the US presidential election.

In Portland, a large crowd gathered on the waterfront to protest Trump’s attempted interventions in the votes currently being counted.

About 150 pro-Trump protesters, some of them armed in Phoenix gathered outside the county recorder’s office where a closely watched count of votes that could help determine the outcome of the election was being conducted, New York Times reports.

However, there is no evidence yet that any ballots had been improperly tossed.