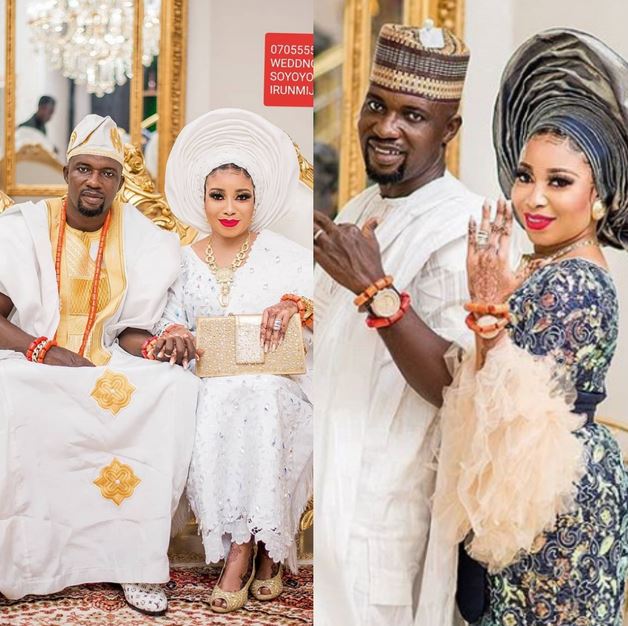 Lizzy Anjorin, a popular Nigerian actress has addressed rumours claiming she is having a baby with her husband, Lateef Lawal.

The actress got married four months ago, but she is yet to get pregnant.

She however claimed people have been confronting her to confirm if she’s pregnant or not, she debunked the pregnancy rumours and claimed her husband’s injured manhood is the reason she’s yet to get pregnant.

In a series of videos she posted on her Instagram page, her husband has been advised by the doctor not to engage in sexual intercourse for some months after he injured his manhood, adding that there is a vacancy for any man who can take her husband’s position for now.

Although many believe the actress was being sarcastic.

News
← WAHALA FOR WHO NO GET TRUE LOVE – Angry Husband Smashes Wife’s Car For Leaving Him
→ US Election 2020: Protests Rock New York, Other Cities