International Nigerian star, David Adeleke, well known as Davido has drummed support for his colleague, Folarin Falana, better known by his stage name Falz as President for the Federal Republic of Nigeria and himself as his Vice President.

This was after a fan tweeted that Davido and Falz will make good presidential candidates if musicians are allowed to be elected as President.

The fan tweeted, “Falz and Davido would make a good President and Vice President. If a musician were to be elected.”

The two musicians have been major mouthpieces for the #ENDSARS protest tagged campaign bad governance and police profiling and brutality in Nigeria. 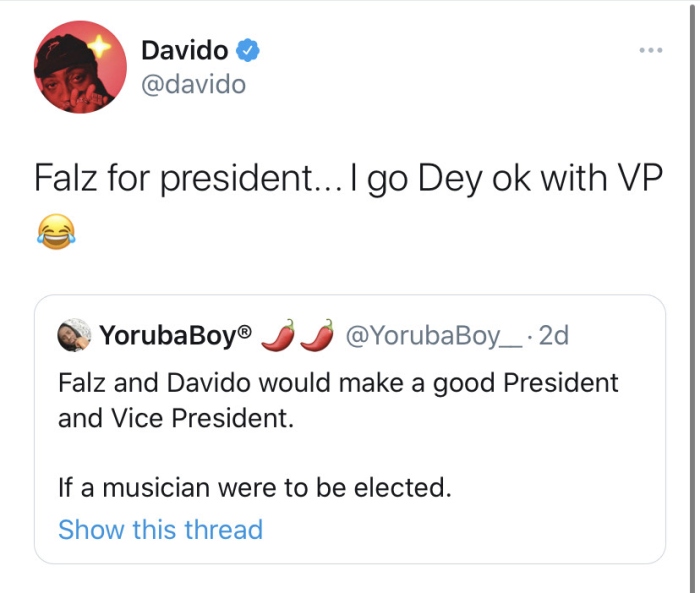