Anthony Umeh, who is allegedly one of the victims of Lekki Toll gate Shooting has been laid to rest on Saturday, October 31st.

Following his death, a woman who claimed to be his mother made a video, stating that her son died after soldiers opened fire on unarmed #EndSARS protesters on October 20. 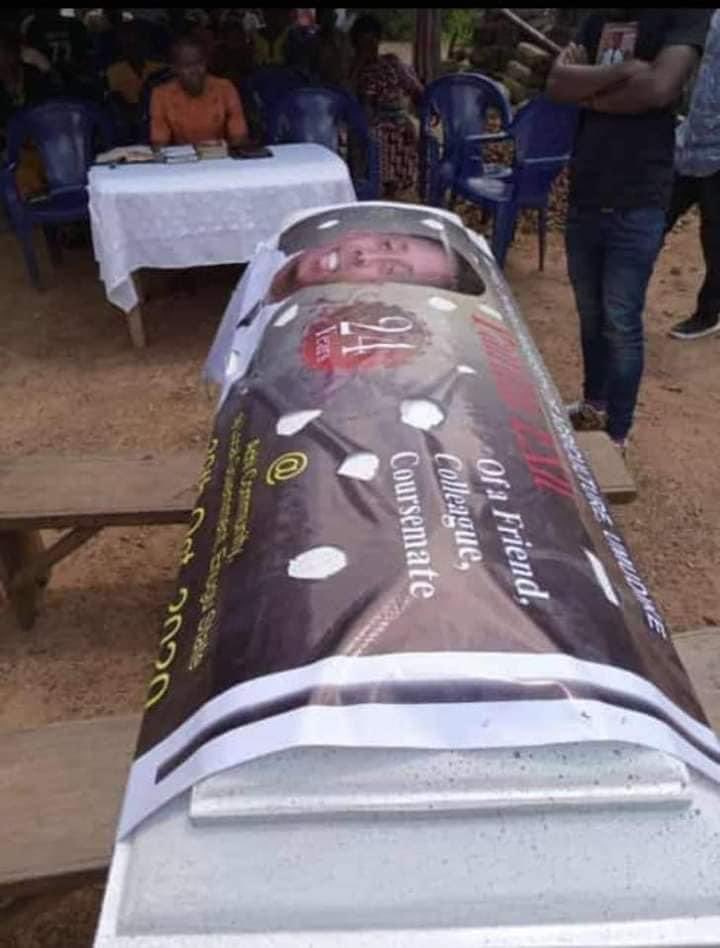 Anthony was alleged to have been actively involved in the peaceful protest before his unfortunate demise. According to his mother, after he was shot his friends carried him and stayed with him before he gave up the ghost.

It was gathered that the deceased (24) was a former marketer with the Etisalat Telecommunications Company (now 9mobile).

His friends have taken to social media to mourn his loss.