Super Falcons striker, Asisat Oshoala has hyped Wizkid’s recently released Album “Made in Lagos”, stating that it will lead to high pregnancy rate and subsequent childbirths next year.

The much-anticipated album, which was released in the early hours of Friday, October 29, has been met with mixed reactions from fans and listeners.

The Barcelona Femini star is one of the celebrities that have praised the 14-track album, asserting that it will be one of the leading cause of an increase in Nigeria’s population next year.

The football star’s comment is borne out of the fact that majority of the tracks on the album have slow and soft vibes. 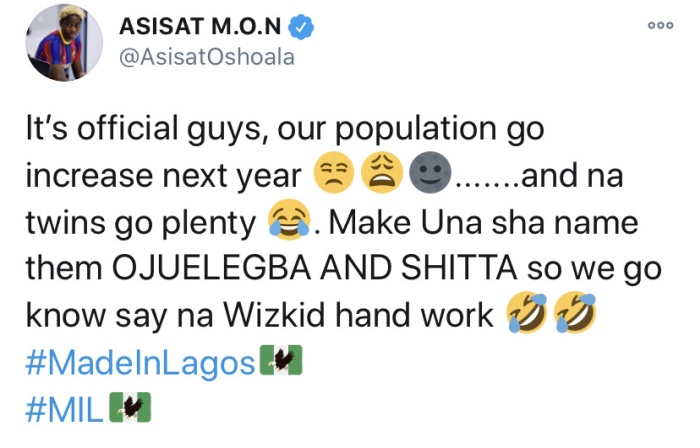