Aside from notable Nigerians celebs who have been at the forefront of the nationwide EndSars protest which started off on social media, international celebs especially African Americans in the United States have also joined the ‘war.’

Chris Brown is the latest person to lend a hand of solidarity to the movement by posting a photo of one of the massive protest that has rocked the nation aimed at disbanding SARS (which of course has been done) and seeing a radical reform in the police service notoriously known for their brutalities.

He then added this caption, ‘Freedom to love, Together as one.’ 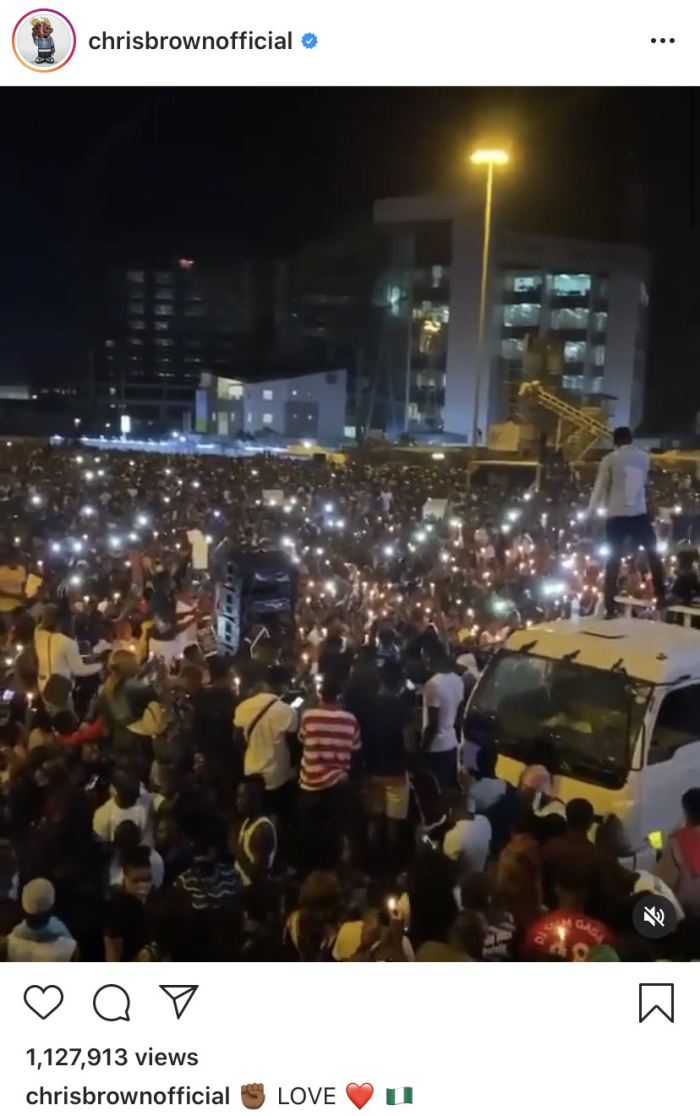