I heard that armless and harmless End SARS protesters mysteriously stormed a prison facility the headquarters of the Nigeria Correctional Centre (Nigeria prisons in Benin) along Benin-Sapele road, sent the wardens scampering and setting the captives free.

Politics at play in Edo state. Na so e easy to break prison?

Think about it. This is just a plan to discredit the end Sars movement. Government will stop at nothing until they do that. It’s easy to do because of many hungry illiterates everywhere they can use to disrupt or hijack the protest. The thugs are the latest arm of government.

I have 4 questions to ask.

1. Who gave the prisoners ladders to climb?

2. Was there any gunshot within the prison to stop the escape?

3. Was the wall or gates brought down?

4. How come the jail brake looked so easy.

The government doesn’t intend to end sars or stop police brutality. They know that will make the youths and the people more powerful and the next thing is to demand for restructuring or overhauling of the Nigeria system and constitution. ©️TG Banks

With the video and photo evidences, it was a deliberate act. The prisoners were freed by the wardens. That can’t happen without help from inside. All the wardens should be arrested and prosecuted. 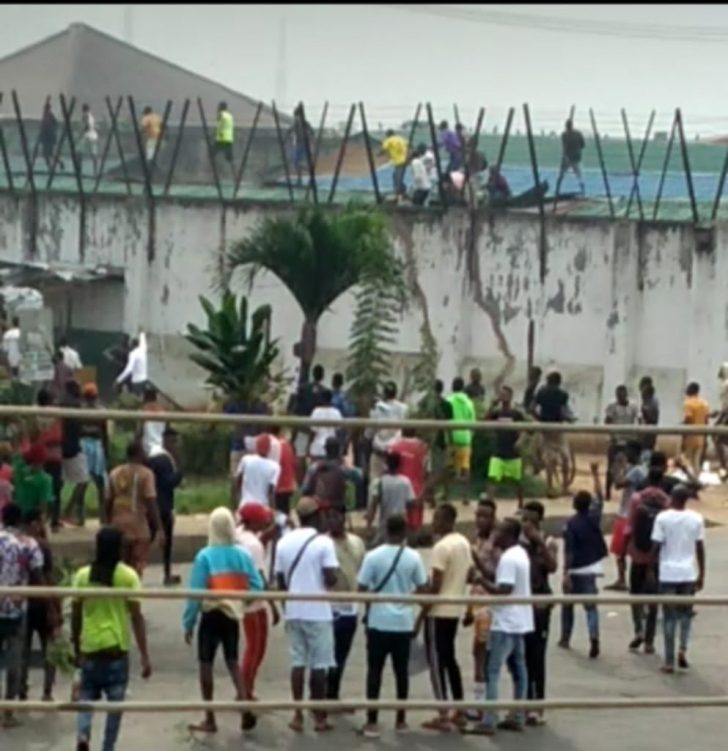 Edo state government should keep innocent protesters out of this. They were only passing by, saw what is happening, decided to stop and video. They were not responsible for the jailbreak.

If at all the prison was attacked, which is not possible, then hoodlums did not armless End SARS protesters.

The Nigerian government has failed and now blackmailing us. This is unfair and unacceptable!