Ondo 2020: Akeredolu Is The Best Candidate On The Ballot ― Kekemeke 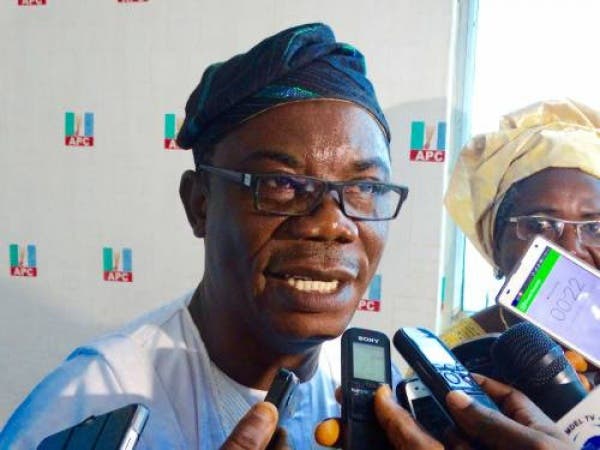 A governorship aspirant and former state chairman of the All Progressive Congress, Hon Isaacs Kekemeke has said that governor Rotimi Akeredolu is the best candidate on the ballot in the Saturday Ondo state governorship election.

Kekemeke in a statement by his Media aide, Jerry Sola Akinuli in Akure said “on this election is categorical and unequivocal and it is that Governor Akeredolu is the best candidate on the ballot in the 10/10/ 2020 governorship election.

“Ondo state must never move two or three steps forward and then move four or six steps backwards. It is time to consolidate and improve on the job done by the Governor in the last three and a half years.

Kekemeke accused the Peoples Democratic Party in the state of hiding under one of his viral videos to perpetrate violence in the state.

He said the full video clip has been viewed and explained to security agencies but the PDP campaigners still held on to as smokescreen to wreak havoc and unleash violence on unsuspecting members of the public.

The party’s former chairman said he has learned to bear criticism without irritation and calumny without retaliation.

Kekemeke stated that he does not believe in violence, would not promote violence and has no capacity for violence.

He said his reputation in Ondo State Politics could not be destroyed by the poisoned breath of slander of those who are jinxed.

“Who goes about with street urchins brandishing cutlasses, Dane guns and other dangerous weapons in the name of the ward and street rallies? From whose campaign office does these unknown faces spill to the highway at will attacking APC supporters?”

“Rather than the fixation on Kekemeke, there is still some little time left to dwell on messages that will reverberate with the people.

“It is the singular desire of every citizen of Ondo state, which desires the Almighty God had already granted that violence will not happen before, on, and after the election and so, it won’t be available as an excuse for failure.”