Twitter user, Ummie has revealed why she rejected 5 million naira which a good Samaritan wanted to give to her.

According to Ummie, the person giving her the money didn’t smile while presenting the money to her, so she couldn’t accept the money.

She said she only receives money given to her with a cheerful heart, and collecting money from someone who isn’t happy about it, does not make sense to her.

Speaking further, she said her action will serve as a lesson to the giver, to always keep a smiling face while giving. 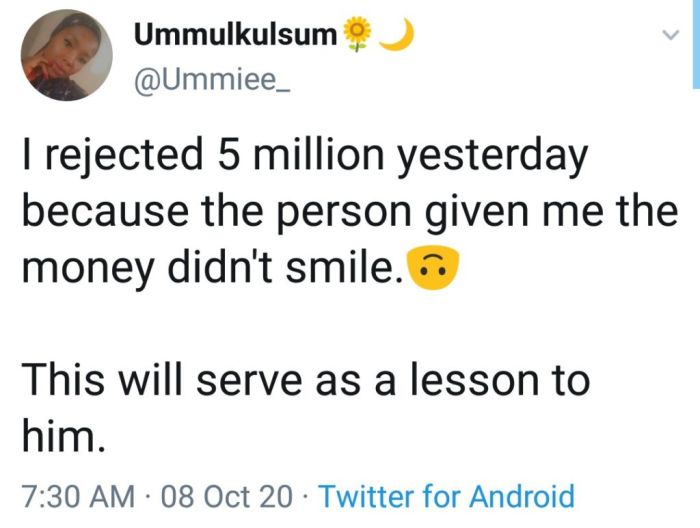 However, Twitter users descended on her after she shared her tweet with some of them tagging her a ‘liar’ and a ‘foolish’ person.