The ‘Soapy’ crooner says protesting in real life is better than protesting on Twitter.

Sharing his take via his official Twitter page, he calls on everyone to understand his point of view. His posts read:

“Shey obo ta iya yin ni? All I’m saying is we need to stop protesting on twitter because that’s all we’ve been doing. We need to protest in real life, just say u’re scared and you will rather tweet from home”

See his tweets below: 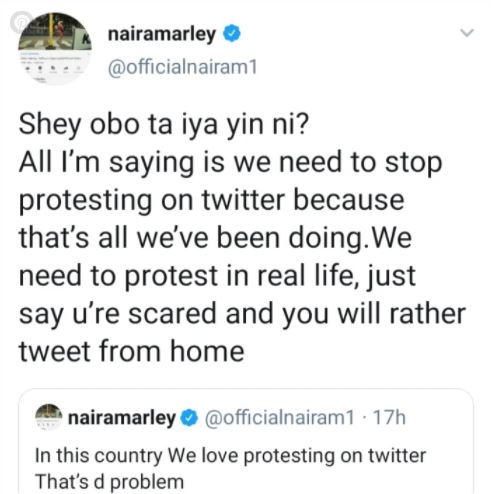