Nigerian Man Arrested For Arresting god (You Need To See This)

A man identified as Nnajiofor Donatus, has been arrested by men of the Enugu police command after he “arrested” a deity which he claimed had been tormenting his community for a long time and causing his business to fail.

According to the Vanguard News, the suspect who hails from Ibeku Opi community in Nsukka, claimed that a stronger force from above compelled him to remove the deity as it had rendered many members of the community useless, thrown others out of business and tied up many girls of the community from getting married.

According to him, the deity was responsible for the level of poverty and stagnation being experienced in Ibeku Opi, adding that his once thriving honey business in Nnewi, Anambra State, crashed and he returned home empty-handed.

He took laws into his own hands on Saturday, Sept. 26,2020, and according to the security officer at St. Theresa’s Catholic Cathedral, Nnajiofor exhibited violent tendencies and threatened to attack anybody that tried to stop him from gaining entrance to Okunere adoration museum at the cathedral to liberate Ibeku Opi community from the deity. 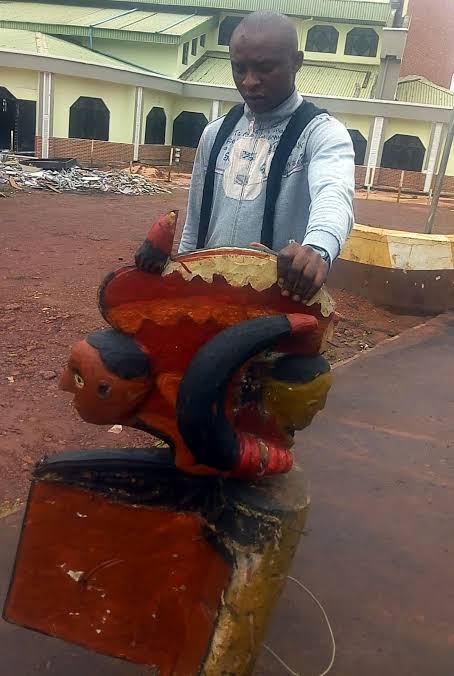 Lol this is so funny. Why are they fighting for the deity instead of allowing the god to fight for himself? Is the god weak and powerless that he cannot fight for himself? How did he take law into his hand? Hahaha I thought I have seen it all. Things dey occur for this country o