What’s Uber? – Nigerian Man Asks As He Regains Freedom After Being Wrongfully Imprisoned For Seven Years 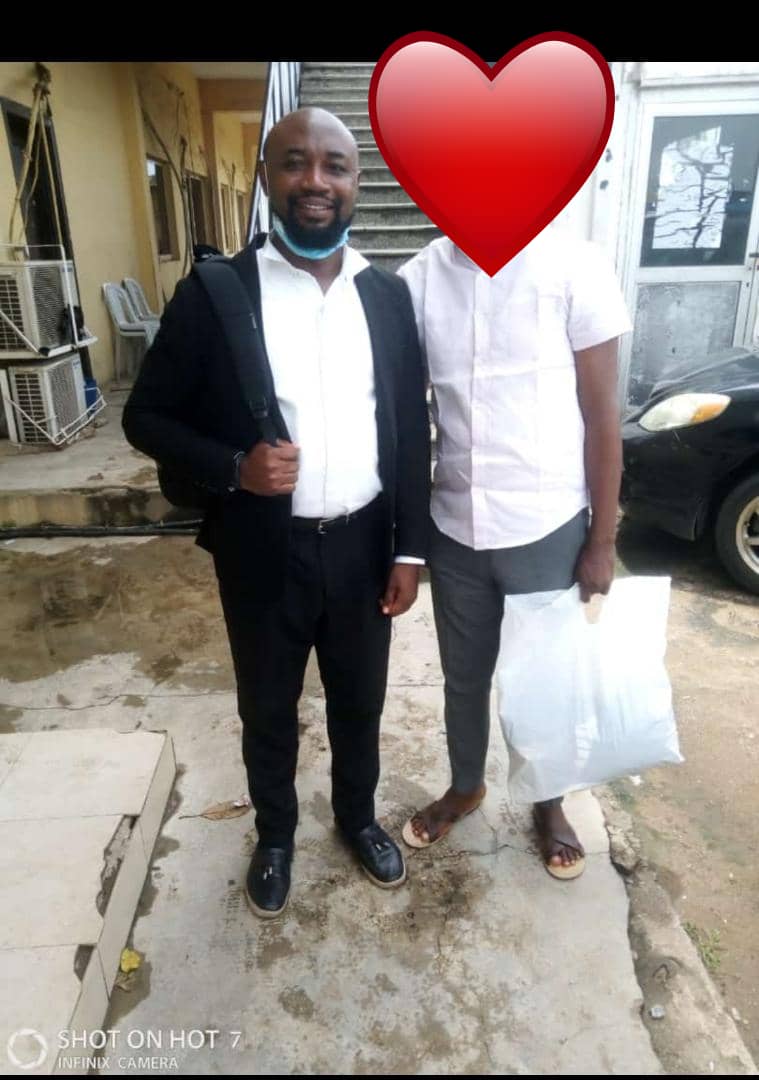 A Nigerian man has been released from prison after spending almost a decade for a crime he knew nothing about.

The unidentified man was reportedly arrested during a raid in Oworonshoki and subsequently imprisoned for seven years in Ikoyi prisons, Lagos state.

After being helped by some well-meaning Nigerians who took interest in his case, the young man is now a free citizen.

A lawyer, Malachy Odo shared the story via Twitter as he revealed how the recently released man said he does not know what an Uber is, when attempt was made to order one for him.

Sharing a photo with the freed man, Odo wrote:-

“Raided at Oworonshoki and roped into a crime he knew nothing about.

“His brother-in-law reached out to us here late last year & God sealed his release today.

“Told him an Uber will be booked to take him home and he was like “what’s Uber?”

“Had to explain to him.

“He needs a lot of rehabilitation and catching up to do.”