IS THIS RIGHT? Former Oyo State Gov, Ajimobi’s Buried In Expensive Graveyard With Air Conditioner – Amidst Adject Poverty In Oyo!

Yesterday the 14th September 2020, a video of late Former Oyo State Governor, Ajimobi’s Expensive Graveyard With Air Conditioner surfaced the internet and had since then got alot of negative reactions from Nigerians as they find it absurd and unnecessary.

Nigerians began to wonder the kind of person he was while alive. Wasting all these resources on a dead body in the face of hunger and poverty in Oyo State.

This is just a waste of stollen Oyo State money. Does the dead and decomposing body feel the impact of air conditioner? Come to think of it, he’s a Muslim and this is UNISLAMIC if there’s such word in the dictionary.

This is very absurd and ungodly, why wasting so much resources on a CARCASS while hundreds and thousands of Oyo citizens are living in abject poverty. The money could have been used to cater for the needy rather this.

Imagine how our common wealth is being wasted while many are lavishing in poverty in Nigeria.

Should I talk about the bad side of this man while alive? How he made life unbearable for Oyo citizens as a governor. Well, let me not dive into that so it won’t look as if I’m trying to judge the dead.

Anyways, they already know where he’s heading to which is HELL, that’s the reason for the installation of air conditioners to keep him cool from the heat of hell

but that can’t save him neither. SMH

The most craziest thing I ever seen in my life. In country battling with hunger and poverty. Even late United States of America Presidents were not buried this way. This is really absurd! 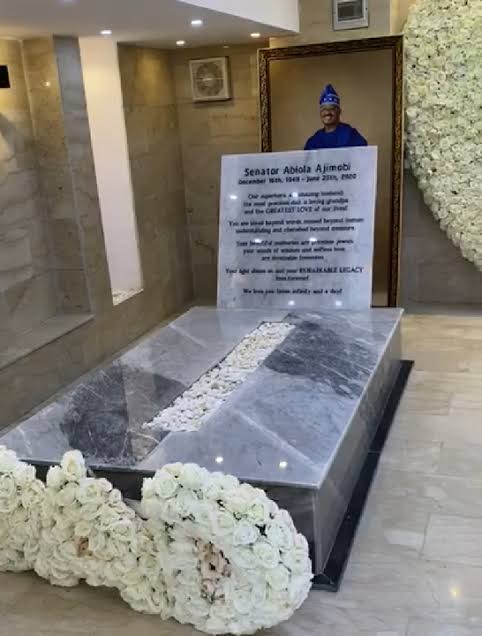 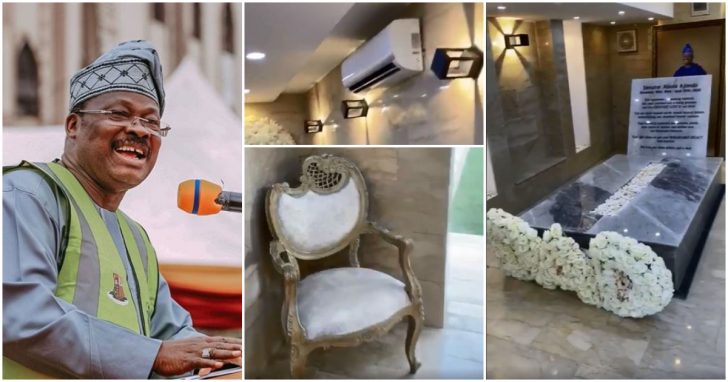 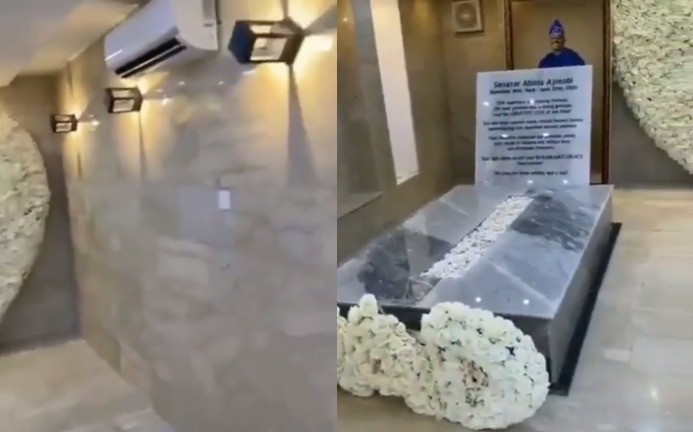