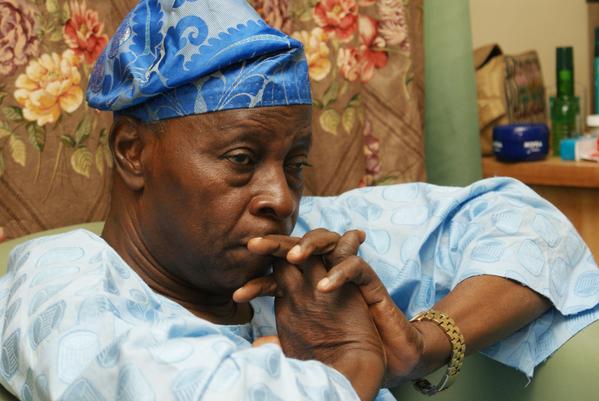 Chief Olu Falae, a former National Chairman of the Social Democratic Party (SDP) and one-time Secretary to the Government of the Federation (SGF) has said honest and principled Nigerians will find it very difficult to attaining political power, especially the presidency because the country is still practicing jungle politics.

Speaking in an interview with INDEPENDENT, Falae, a former presidential candidate of the Alliance for Democracy (AD) in the 1999 presidential election said competition for power in Nigeria is usually in in favour of unscrupulous and unprincipled politicians who are prepared to do anything to achieve power.

He said given the nature of politics in Nigeria, which is dirty and brutal, any politician who wants to play by the rule will find it difficult to achieve political power.

“It’s apparent that the competition for power in this world often goes in favour of the unscrupulous. The unscrupulous has no constraint. If you are going to the box, there are rules and regulations.

“Those rules are the constraints. It means as a boxer, I cannot hit my opponent below the belt. But for the unscrupulous, he can hit you anywhere and so, he wins.

“The decent, honest candidate has self-imposed constraints; which are rules and regulations made by himself in order to regulate his actions and conducts so that he can be a decent person in all places at all times. That is a handicap when it comes to competition for power, particularly in a jungle such as Nigeria”.

“One of my younger followers in this state came to here one day. He said, ‘Sir, I can’t see you winning the presidency of Nigeria because you are not made for here.

“People like you should play politics in the United States or UK where they practiced civilized politics, politics of ideas. Here in Nigeria, we are in the jungle; and you must play jungle politics in order to win’.

“Throughout my time in politics, I never recruited one thug. When we were going to do SDP presidential primary in 1992, I produced a handbook for all my agents and supporters nationwide”.

“In that handbook, I told them not to rig for me because I don’t want to rule by fraud. I also told them to ensure that the other opponents do not rig me out. Can a man like that win against somebody who said the election is ‘do or die’?

“I had the best political machine after Action Group. I had a structure nationwide. The other people had no structure at all. In fact, there were times I felt the competition was unfair because I was just too far ahead of my opponents.

“On the day of the primary, my major opponent was Shehu Musa Yar’Adua. Our supporters are to line up behind our pictures. My line was a hundred metres long while his own line was just a quarter of that.

“That goes to show you why principled people with a commitment to civilised behaviour are at disadvantage”.

“Occasionally, those who are not on his side will get power because God wants to use that to show how good governance should be but most of the time, power comes to his people,” he said