WHERE IS OSINBAJO! Buhari Asks Ministers To Channel Meeting Requests Through Gambari 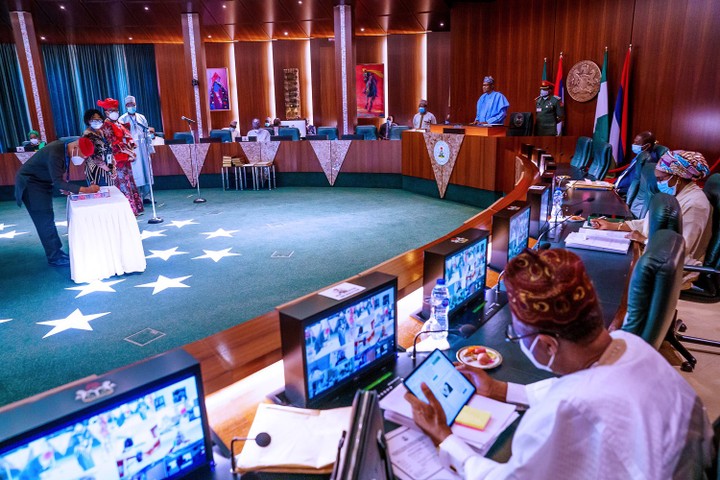 President Muhammadu Buhari has again asked ministers to channel their requests to meet him through his chief of staff.

Buhari gave the directive while speaking at the first-year ministerial performance review retreat of his administration, in Abuja on Tuesday.

He said matters related to the federal executive council should be handled by the secretary to the government of the federation.

“Let me also reiterate that all submissions for my attention or meeting requests should be channelled through the chief of staff,” he said.

“While all federal Executive council matters should be coordinated through the secretary to the government of the federation.”

This is the second time that the president would give such directive to ministers.

The first time was in 2019 when the president asked them to submit such requests through Abba Kyari, his late chief of staff.

But the instruction at the time-triggered different reactions, with some critics of the Buhari administration saying the president had handed over to Kyari.

Ibrahim Gambari is currently the chief of staff to the president.