Big Brother gathered all the housemates recently to the lounge and played a video of Erica’s outburst as its usually done.

Due to Erica’s outburst, she has missed the chance to win the grand price of 85 million Naira.

Hitmaker Rexxie had tweeted: “At this point I don’t think Erica is Ok up there sha”.

Reacting to this, Zlatan quoted the tweet saying: “She needs 6 derica of sense”. 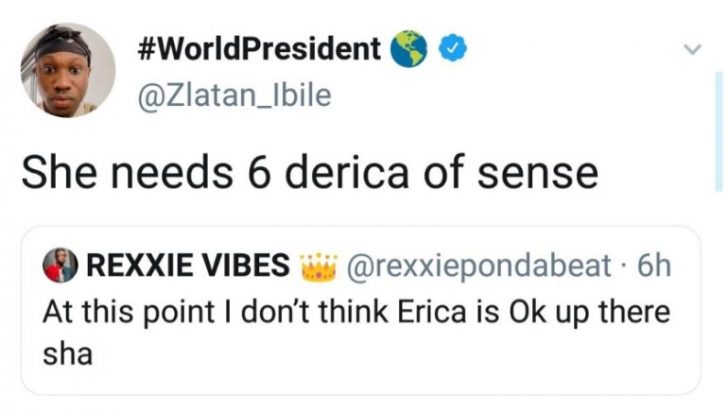