National Leader of the All Progressive Congress, Asiwaju Bola Tinubu has campaigned for the reelection of Governor Rotimi Akeredolu saying he has done more than talk.

Tinubu said this in Akure during the inauguration of the newly built Internal Revenue Service office complex constructed by the Akeredolu administration.

While commending Akeredolu for his giant strides in the state, Tinubu said that he has laid a solid foundation for the state. 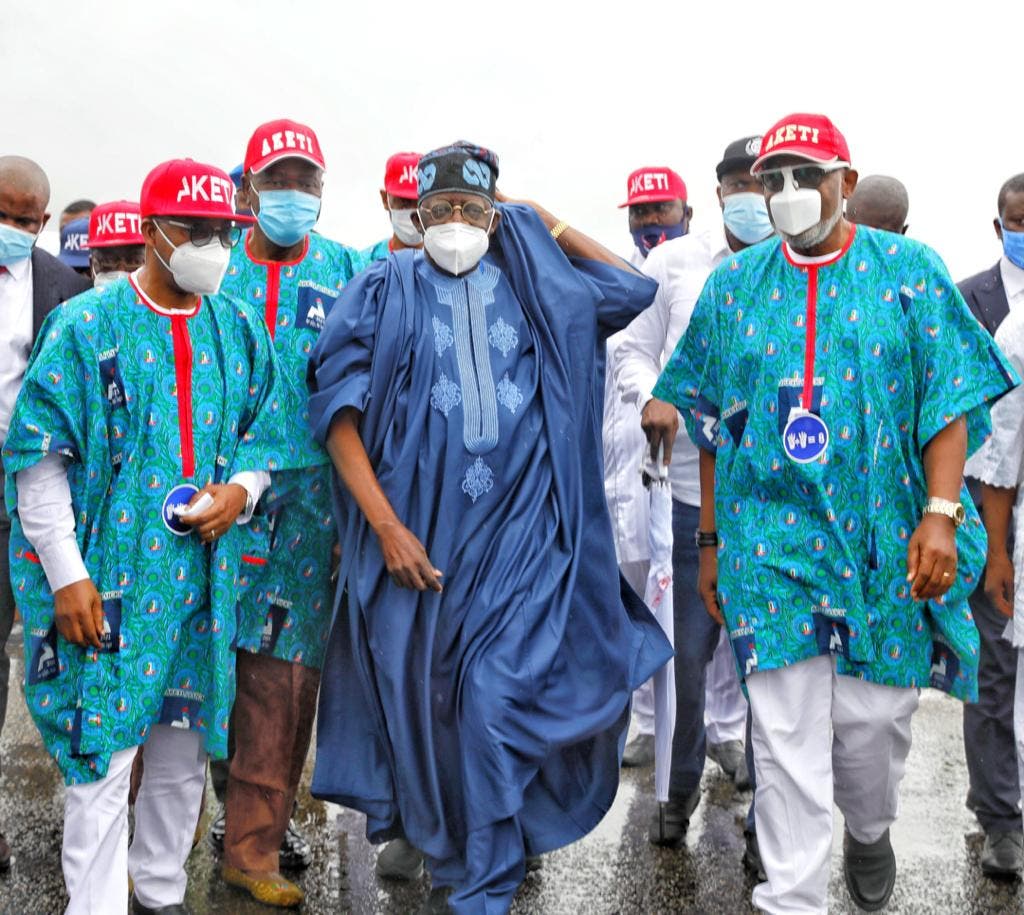 Tinubu said “Akeredolu has done more than talk development and dedicated himself and his administration to bringing development to the state.

He noted that since

“the Governor came on board in 2016, he has had his hands on the plough, recording one milestone after another.

”Among the laudable projects he has launched is the Ore Industrial Hub which was commissioned by President Buhari. That industrial hub will bring needed employment and economic development to the deserving people living in the Ore vicinity.

“Step by step, project by project, industrial hub by industrial hub is how we construct the foundation for durable progress and prosperity. Governor Akeredolu has done more than talk development; he has dedicated himself and his government to bringing development to this state.”