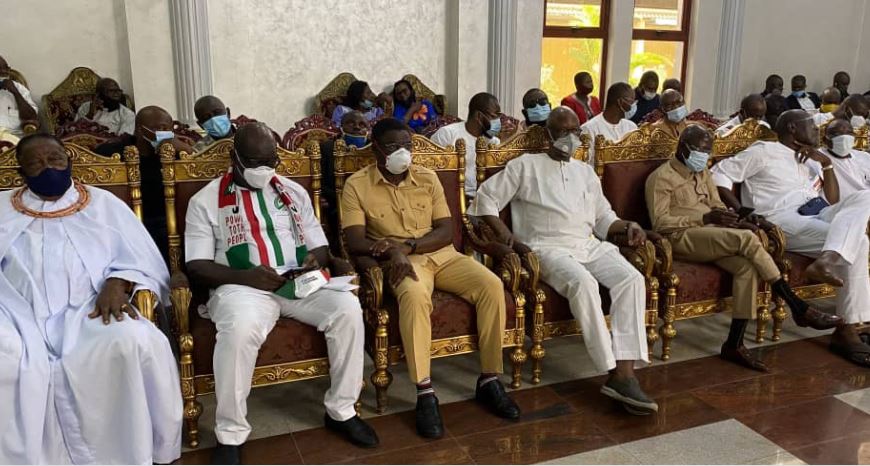 The Oba of Benin, Oba Ewuare II, on Wednesday met with top candidates in the September 19, 2020 Edo Governorship election.

Prominent in attendance were the incumbent Governor and PDP candidate, Mr. Godwin Obaseki and his APC counterpart, Osagie Ize-Iyamu.

Also in attendance were their running mates – Philip Shaibu of the PDP and Gani Audu of the APC and former national chairman of the party, Adams Oshiomhole.

Naijaloaded reliably gathered from palace source that the meeting become necessary against the backdrop of rising violence in the build up to the election.

Supporters of the two major political parties, the PDP and the APC have clashed during campaigns with each camp accusing the other of causing the trouble.

Worried about the situation, the Oba of Benin called on all the Governorship candidates; requesting them to sign a Peace Pact.

The reverred monarch also advised them to eschew violence and call their supporters to order throughout the election process.