Davido has reportedly bought two Rolex Watches worth millions of Naira for his two daughters.

Davido who is a father to three kids. Hailey, Imade, and Ifeanyi is gearing up to release his fourth studio album, “A Better Time”.

Despite the Pandemic, the singer jetted off to The United States to do some finishing touches on his album and recently came back to Lagos where he shot a music video for one of the songs.

According to a post by popular blogger, Tunde Ednut, Davido purchased tow rolex Watches for his daughters, Imade and Hailey. Each watch costs 30 Million Naira ($80,000) bringing the total to 60 Million Naira.

Awwwwww! Inside this pandemic o, Davido just spent some couple of millions on some brand new diamond studded ROLEX for his 2 daughters.

If you are seeing this post, no worry, you will do more than this for your children too, SAY AMEN oOo… SWIPE LEFT TO SEE HIS BEAUTIFUL DAUGHTERS 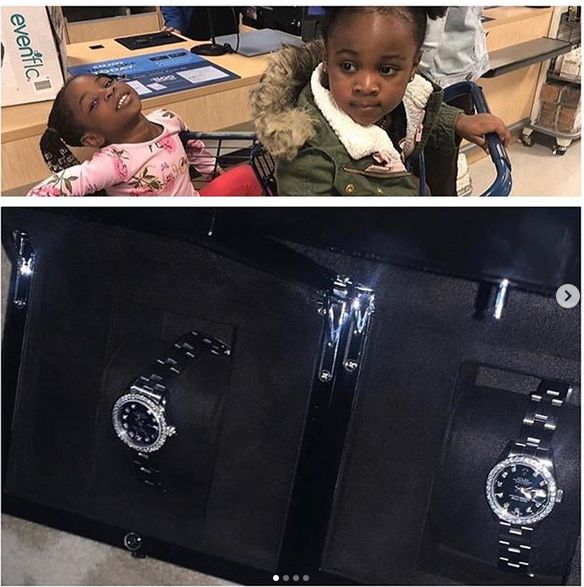