Sources capture the moments showing the arrival of former National Chairman of the APC, Comrade Adams Oshiomhole at a rally of the Party for the Sept. 19 Edo Governorship election. 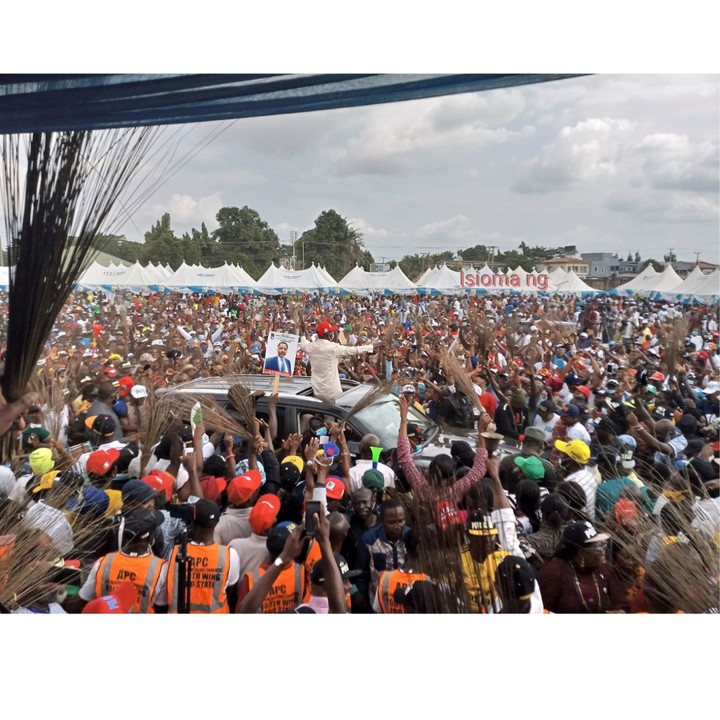 The rally was the last stop of the Party’s statewide campaign rally which lasted six days and held in all of the 18 local government areas of the state beginning with Igueben in Edo Central.

Pastor Osagie Ize-Iyamu, a former Secretary to the State Government and erstwhile Chief of Staff to the Edo state government is the APC gubernatorial candidate in the governorship election.