Organizers of Big Brother Naija have rendered an apology to housemate Kiddwaya for painting him black after what happened between him, Erica and Laycon last night.

In an article released by BBNaija on social media, they addressed the whole love triangle between the three housemates and inclined their support for Laycon over how he has conducted himself despite the one he deeply loves also is falling into the web of Kiddwaya. 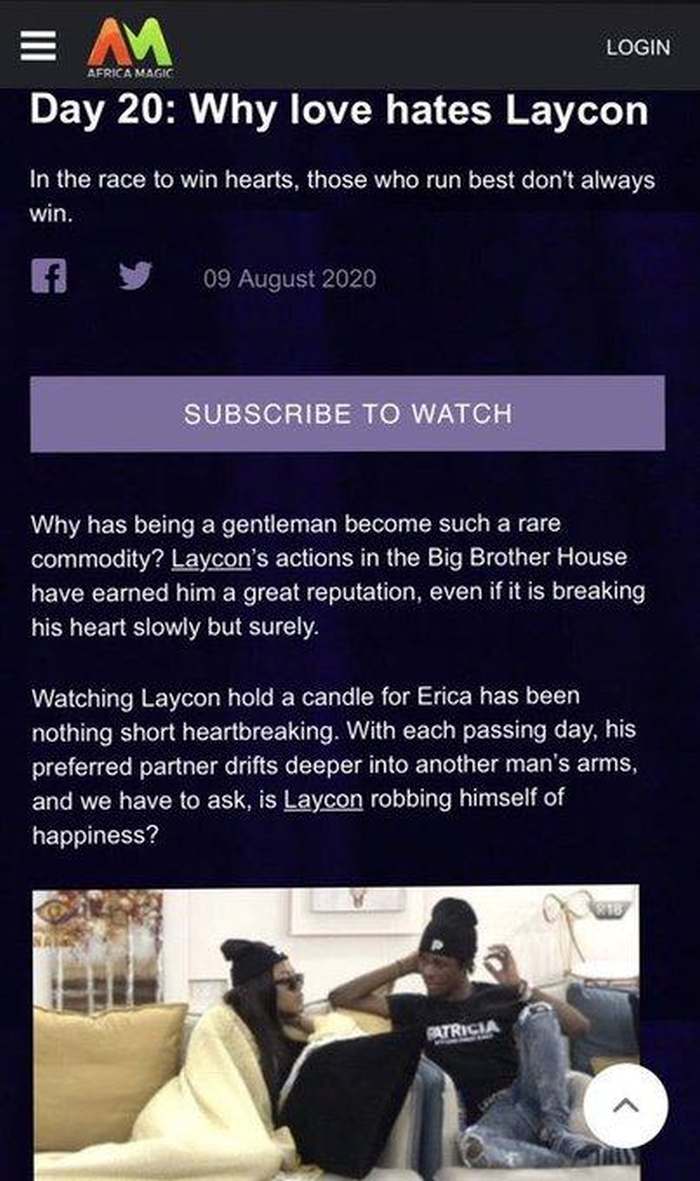 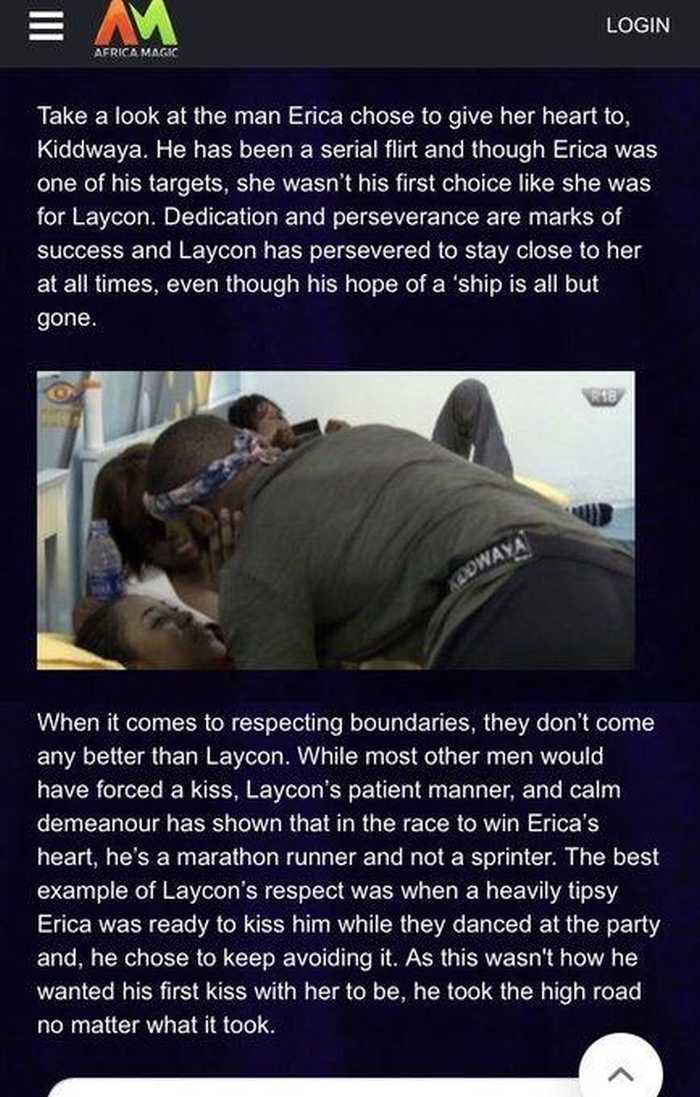 Big Brother Naija has made a u-turn after recognizing the way they goofed they apologized to Kiddwaya claiming they were carried away.

“Well that was embarrassing! We admit we got a little too carried away and we let our emotions get the best of us. Please remember that the power, as always, remains in your hands. #BBNaija” 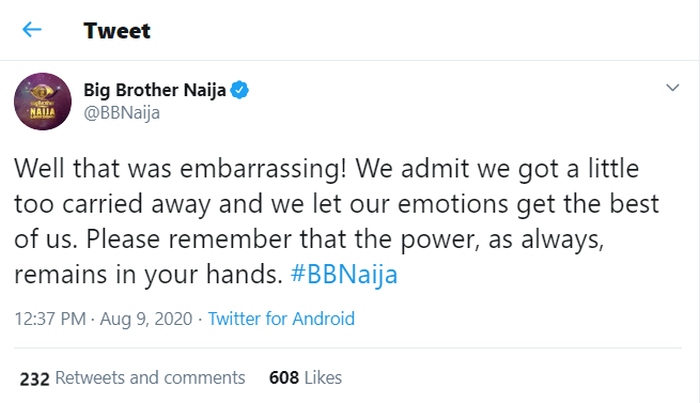