Fans have reacted hilariously after BBNaija housemate Nengi was spotted peeping at Erica and Kiddwaya while they were loved up.

Erica and Kiddwaya were caught on camera flirting with each other as Erica puts her tongue in his mouth after she (Erica) broke up with him.

Nengi was seen peeping at the two love birds with her sad face as if she’s not happy they are coming back again or being friends again.

Fans while reacting to the photo claimed Nengi is veteran Nollywood actress “Patience Ozokwor the second” as she’s the one mostly peeping in movies.

See Photo And Tweets Below: 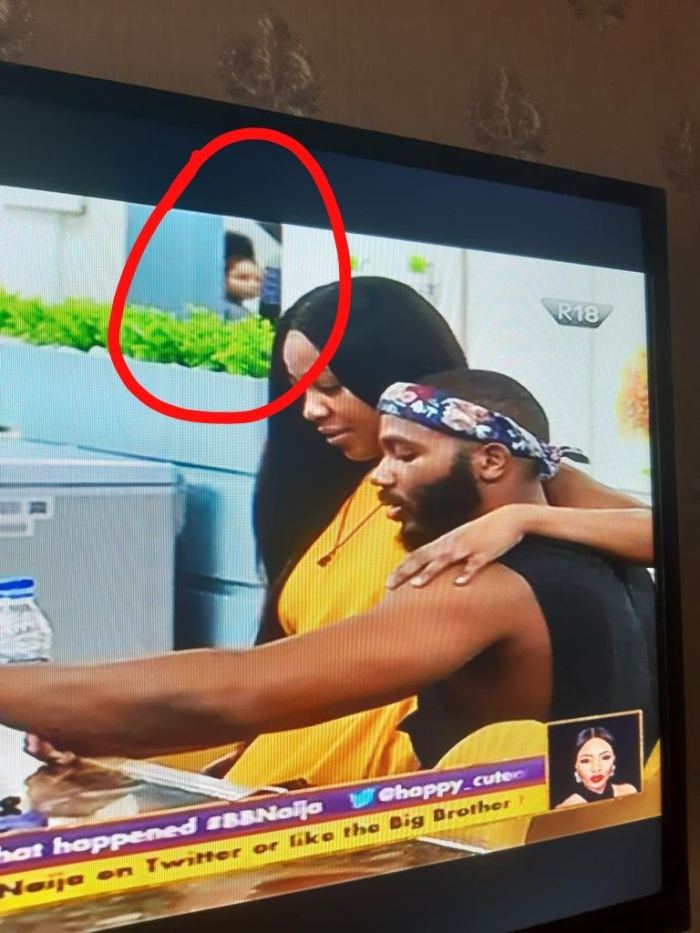