The Senior Special Assistant to the Edo State Governor, Godwin Obaseki on Gender, Agatha Onos, has resigned ahead of the governorship election in the State.

Onos explained that her resignation was due to loyalty to the All Progressives Congress, APC.

In her resignation letter to the governor, Onos said the decision was taken after “wide consultation with my supporters.”

“This is coming as a result of my loyalty to the party, All Progressives Congress, APC, through which I got the appointment. My party interest is greater than my personal interest.”

In the past few weeks, other appointees of Obaseki had resigned their appointments and teamed up with APC governorship candidate, Pastor Osagie Ize-Iyamu. 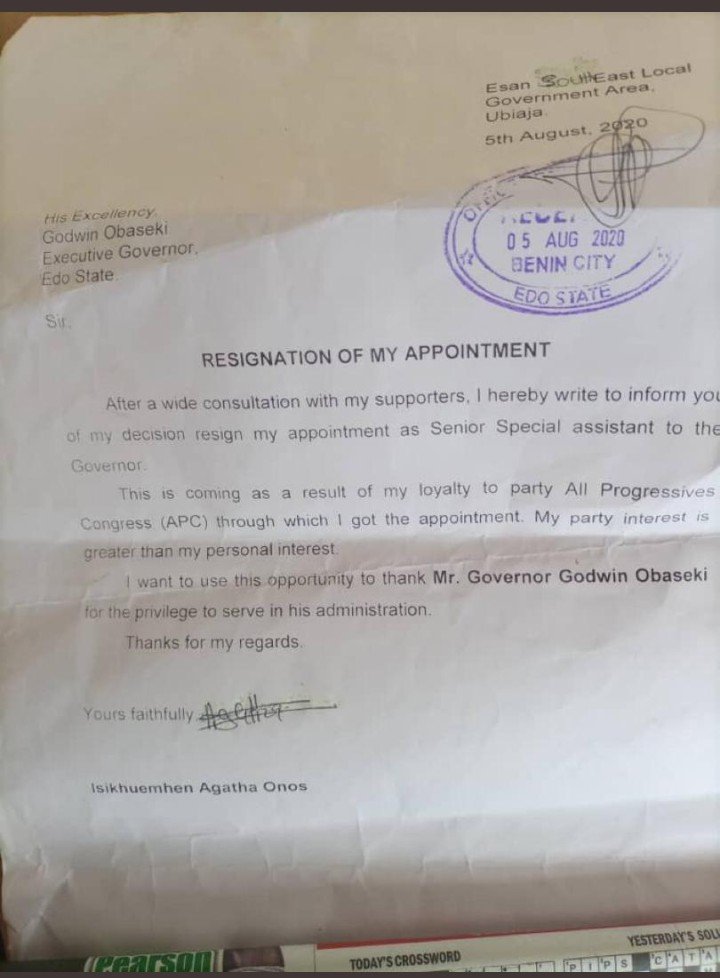