It has been reported that a young boy has ran mad after failing to complete the ritual assignment given to him.

A young man identified as Leonel has reportedly ran mad after he failed to complete a ritual task given to him.

There is also another version of the story which has it that some people jealous of his money set him up and disgraced him in public.

A video of the incident has since gone viral.

The suspected yahoo boy, it was gathered is from Cameroon and liked to call himself an entrepreneur, an investor and an engineer in food processing.

According to reports, the young man had joined a secret cult, where he was asked to rape an 11-year-old girl as a ritual sacrifice, to continue being successful.

Shockingly, his mother is reportedly aware of all his activities.

However, fate pulled a fast one on him and he was caught in the process of molesting an 11-year-old girl. An angry mob stripped him naked and proceeded to pounce on him. 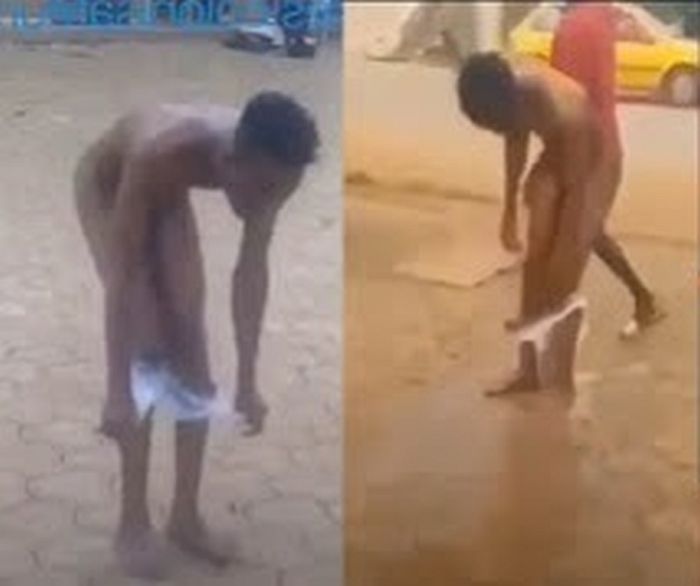 A source privy to the matter revealed that, as they were beating him up, he suddenly ran mad.

There have been speculations that his cult made him mad to stop him from disclosing information that might expose their activities. 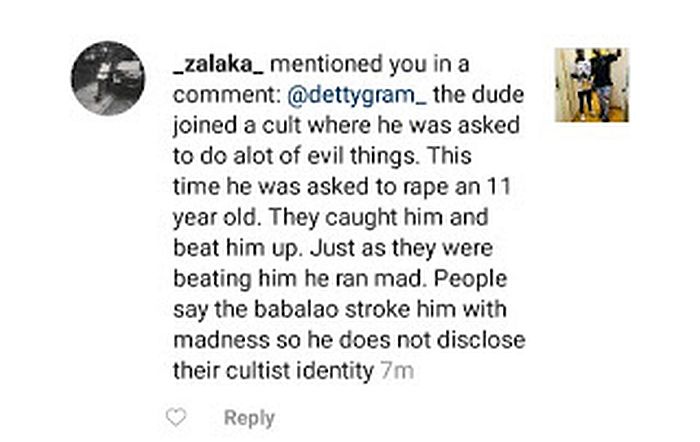