WHAT A KIND GESTURE! Kemi Olunloyo Offers Toke Makinwa Free Accommodation Amidst Rumors Of Being Homeless

Toke Makinwa has reacted to such claims insinuating that the rumors aren’t true hence claiming she is moving on with her life.

Investigative journalist Kemi Olunloyo while reacting to that asked those shading and mocking Toke Makinwa for losing her home in Banana Island to stop.

According to her, the situation the media personality finds herself isn’t funny therefore people should stop laughing at her as she offers her free accommodation to stay with her. 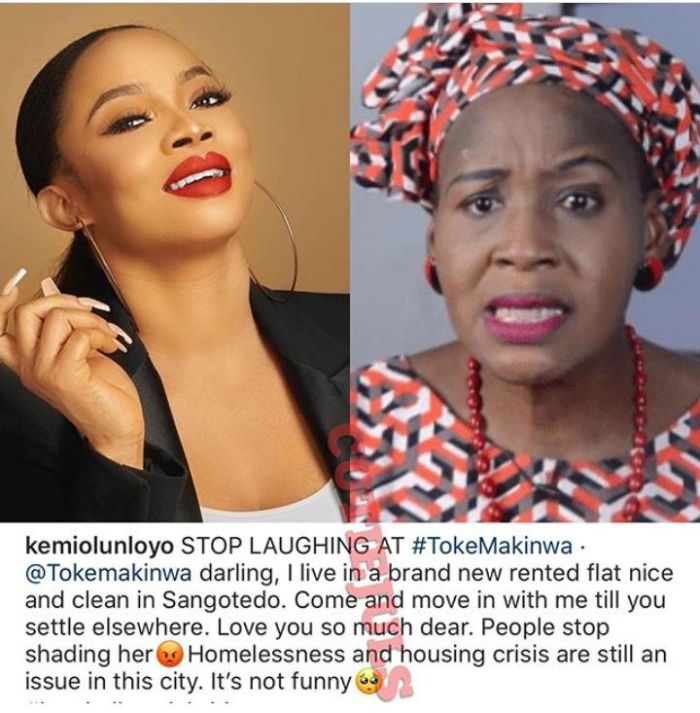